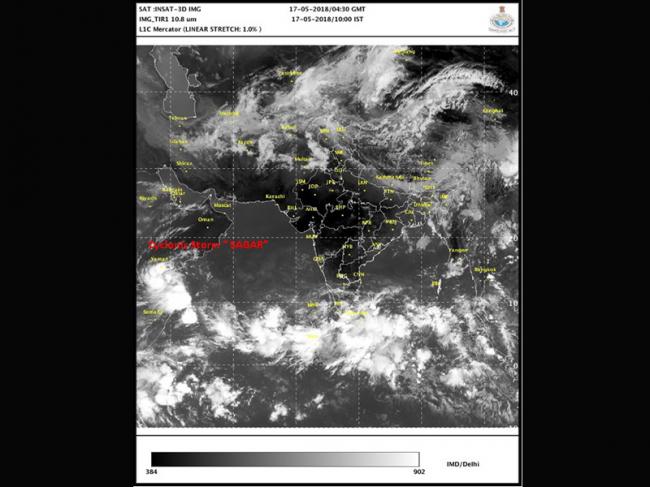 New Delhi, May 17 (IBNS): The Union Ministry of Earth Sciences, on Thursday, issued a warning saying that a deep depression intensified into a cyclonic storm 'Sagar' has formed over the Gulf of Aden.

In a release on Thursday afternoon, the Ministry said that a depression formed over Gulf of Aden on Wednesday evening.

Moving west-northwestwards, it intensified into a deep depression in the early morning n Thursday and further into a cyclonic storm 'Sagar' at 0830 hours IST on Thursday over Gulf of Aden near latitude 13.20N and longitude 48.70E; about 400 km east-northeast of Aden (Yemen) and 560 km west-northwest of Socotra Islands.