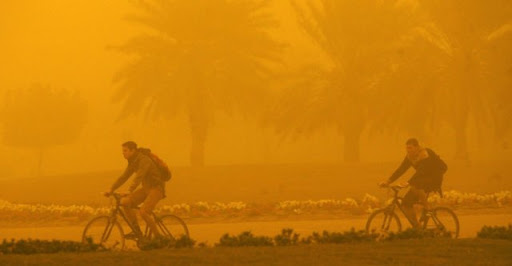 New Delhi, May 14 (IBNS): At least 40 people have been killed across India as  thunderstorms and rain hit several parts of the nation on Sunday.

Deaths were also reported from other parts of the country.

Prime Minister Narendra Modi has condoled the loss of lives in the storm-related incidents.

He tweeted: "Saddened by the loss of lives due to storms in some parts of the country. Condolences to the bereaved families. I pray for the speedy recovery of those injured. Asked officials to provide all possible assistance to those affected."

Congress chief Rahul Gandhi also expressed his sadness over the issue as he posted: "At least 18 people have been reportedly killed in lightening strikes in Andhra Pradesh, Telangana and West Bengal today. My condolences to their families. I urge Congress party workers to provide all possible assistance to the bereaved families."

The Met office has predicted that more rains and thunderstorms might hit some parts of India in the next few days.

"Under the influence of a fresh Western Disturbance from 13th May, fairly widespread to widespread precipitation very likely to occur over Western Himalayan region (Jammu & Kashmir, Himachal Pradesh and Uttarakhand) along with thunderstorm accompanied with squall (wind speed reaching 50-70 kmph) and hail very likely at isolated places during second half of the 1st week.Isolated to scattered rainfall with isolated thunderstorm/duststorm is also likely Punjab, Haryana, Chandigarh & Delhi, Uttar Pradesh and Rajasthan during same period," read a statement issued by the Indian Met Office.