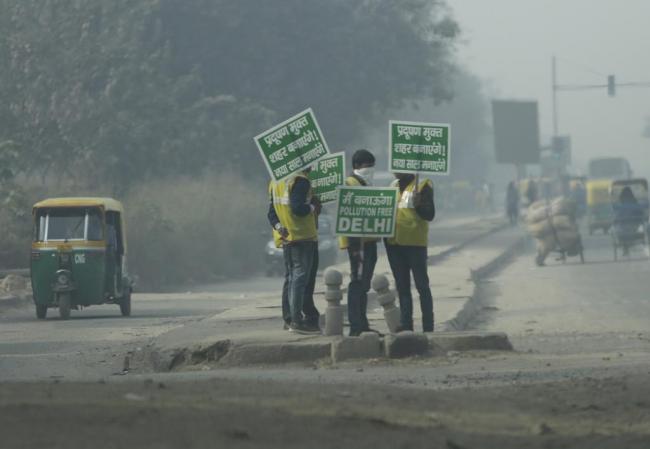 14 of world's 15 most polluted cities belong to India: WHO report

New Delhi, May 2 (IBNS): India has 14 out of 15 most polluted cities in the world in terms of PM 2.5 concentrations, the WHO global air pollution database released in Geneva for 2016 early on Wednesday revealed.

Kanpur is the worst hit in terms of pollution and has topped the database with PM 2.5 annual average of 173 micrograms per cubic metre.

However, Delhi has improved in terms of pollution with the city's PM 2.5 annual average being 143 micrograms per cubic metre.

This comes even as the Central Pollution Control Board (CPCB) had recently claimed that air pollution levels improved in 2017 as compared to 2016.