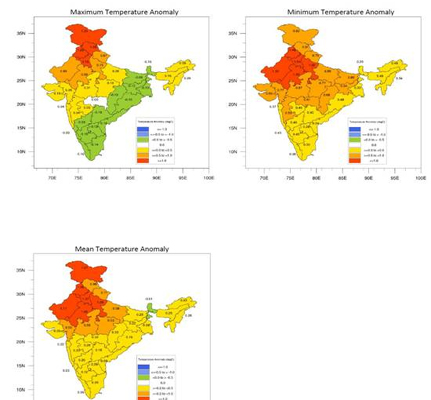 Expect 'above normal' temperature in most part of India between April-June: IMD predicts

The temperature will be experienced between April to June.

The country typically experiences summer season during this period of the year.

"Upcoming Hot Weather Season (April to June-AMJ) is expected to have the above normal sub-divisional average seasonal temperatures (maximum, minimum and mean) over most of the meteorological sub-divisions of the country except the subdivisions of eastern, east central and southern parts for the country that are likely to experience slightly below normal seasonal temperatures," the IMD said in a statement.

The IMD said: "The AMJ seasonal average temperatures in most of the subdivisions are likely to be cooler than that of last year."

This year IMD had issued temperature outlook for the pre-monsoon season of March to May (MAM) on Feb 28 in which it was forecasted that warmer than normal temperatures are likely during the MAM season in all meteorological sub-divisions (except Sub Himalayan West Bengal and Sikkim) of the country.

Now, the seasonal temperature outlook for the 2018 hot weather season of April-June (AMJ) has been presented.