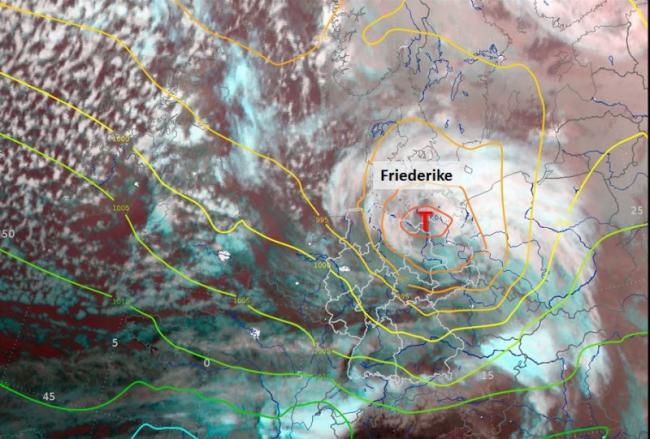 At least nine killed as storm Friederike wreaks havoc in Germany, the Netherlands

According to reports, at least nine people have been killed by the storm.

The calamity has also forced the shut down of transport systems in Germany, the Netherlands and Belgium.

In Germany, five deaths were reported, including the demise of two fire fighters.

According to the nation's railway operator Deutsche Bahn, all long-distance trains were cancelled on Thursday. Services are expected to resume on Friday.

In addition, various domestic flights in Germany too were cancelled.

Friederike has been deemed the worst storm to hit the country since 2007, the German weather service announced.

In the Netherlands, two people were killed by falling trees. Heavy winds also blew away over 60 trucks.

In Belgium, a woman suffered a fatal blow after a tree fell over the car she was driving, reported the local Belga news agency.