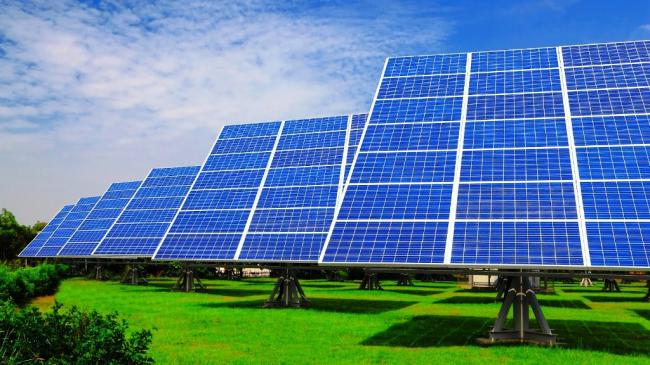 India Blooms News Service | | 23 May 2017, 11:07 pm
#Greenpeace, #GreenpeaceAnalysis, #SolarPower, #IndianMetroCities
New Delhi, May 23 (IBNS): Despite policies and net metering guidelines in several states, a subsidy of 30 percent offered by the Ministry of New and Renewable Energy (MNRE), the installation of solar rooftop systems has been dismal in leading metros in the country, especially in Chennai and Mumbai, says a Greenpeace India analysis, titled â€˜Indian cities slacking on rooftop solarâ€™.

Delhi, which offers a Generation Based Subsidy as per the Solar Policy released last year, as well as net metered connections, has also failed to see a big uptake in the residential sector, the analysis noted.

The MNRE has earmarked 40 GW as the rooftop solar target by 2022. As of December 2016, installations had just crossed 1 GW.  The reasons for the slow uptake seem to be lack of familiarity with the process and fear of bureaucratic red tape. Besides this, net metering provisions are present in most states, but effectiveness of implementation varies significantly.

“Despite the national incentive in the form of a 30% capital subsidy, and a range of state incentives and schemes, rooftop solar is yet to take off in the same manner as large-scale solar. However, this does not mean India should lower its ambitious targets, as some have suggested. Rather, the government must step up and play a more proactive role in encouraging rooftop installations. This can be via innovative financing schemes, aggregating demand and incentivizing city and state governments. The potential benefits [2] in terms of reduced energy expenditure and cleaner air due to reduced demand on fossil fuels are too significant to be ignored. As the convenor and a founding member of the International Solar Alliance, and a country with abundant solar potential, India’s commitment to clean energy must continue to be robust,” said Pujarini Sen, Climate and Energy Campaigner, Greenpeace India.

Air pollution leads to 1.2 million deaths every year according to a Global Burden of Disease study. Decarbonising the power sector is essential tackle the menace of air pollution.

A poll conducted by Greenpeace suggests significant public interest in adopting rooftop solar. Close to 55 percent of the 812 survey respondents from our supporter base expressed interest in investing in and installing solar.

“There is still a widespread perception that installation of rooftop solar panels needs a large investment, and people are not always aware of the financial incentives available. If central and state governments are serious about boosting solar, they must do a better job of reaching out to resident welfare associations and community groups to encourage people to shed their inhibitions and embrace rooftop solar,” added Sen.