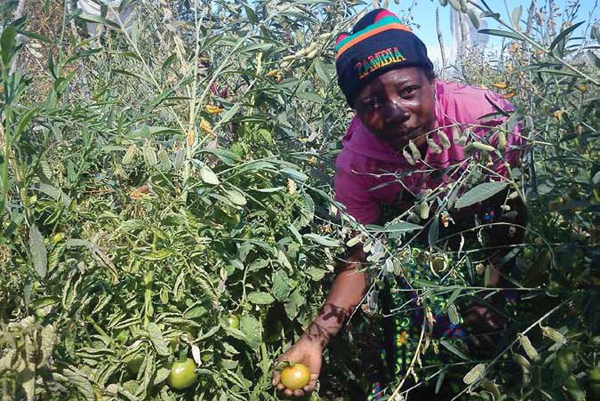 Africa’s population is set to double to 2 billion by 2050, the majority of whom will continue to depend on agriculture to make a living, according to the UN Environment Programme (UNEP).

“With 94 per cent of agriculture dependent on rainfall, the future impacts of climate change – including increased droughts, flooding, and seal-level rise – may reduce crop yields in some parts of Africa by 15 - 20 per cent,” UN Under-Secretary-General and UNEP Executive Director Achim Steiner said.

“Such a scenario, if unaddressed, could have grave implications for Africa’s most vulnerable states,” he added.

In a new graphical report, Keeping Track of Adaptation Actions in Africa (KTAA) - Targeted Fiscal Stimulus Actions Making a Difference, UNEP details the implications of climate change, and provides examples of adaptation projects that range from forest ecosystem management to aquatics and agriculture.

The report describes sustainable examples of how countries in sub-Saharan Africa enhanced environmental and ecosystem resilience through the use of native plants and natural infrastructure, land plans and rainwater harvesting, among other examples.

The projects are integrated into national development policies which can strengthen and enhance the resilience communities against the impacts of climate change, while also contributing to the realization of the anti-poverty targets known as the Millennium Development Goals (MDGs), according to the report authors.

“By integrating climate change adaptation strategies in national development policies Governments can provide transitional pathways to green growth and protect and improve the livelihoods of hundreds of millions of Africans,”  Steiner noted.

The projects also highlight the urgency to act now in adapting to challenges, especially in developing countries where capabilities to respond to the magnitude of the problem are limited.

This year’s Africa Environment Day, marked annually on 3 March, focused on combating desertification on the continent and enhancing its agriculture and food security. The continent has lost 65 per cent of its agricultural land since 1950 due to land degradation, according to figures cited by UNEP. Up to 12 per cent of its agricultural gross domestic product (GDP) is lost due to deteriorating conditions and 135 million people are at risk of having to move from their land by 2020 due to desertification.