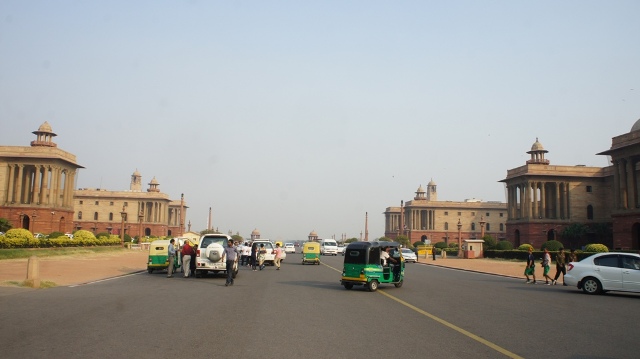 The information was revealed in a report titled ‘Airpocalypse’ that assesses air quality in 168 cities across 24 states and  union territories and pinpoints fossil fuels as one of the main culprits for the deteriorating air quality across the country.

“Air pollution is a national public health crisis as almost none of the cities have bothered to keep air pollution in check, making them unlivable. We are facing an apocalypse right now due to unbreathable air, Deaths due to air pollution are only a fraction less than those due to use of tobacco yet  authorities are laying a deaf ear to the numerous scientific reports that have set alarm bells ringing,” says Sunil Dahiya, campaigner, Greenpeace India.

The top 20 most polluted cities have PM 10 levels between 268 µg/m3and 168 µg/m3 for the year 2015. While, Delhi tops the list with 268 µg/m3, it is followed closely by Ghaziabad, Allahabad, and Bareli in Uttar Pradesh; Faridabad in Haryana; Jharia in Jharkhand, Alwar in Rajasthan; Ranchi, Kusunda and Bastacola in Jharkhand; Kanpur in Uttar Pradesh, and Patna In Bihar; with PM10 levels ranging from 258 µg/m3to 200 µg/m3.

The report also mentions the sources of pollution in several cities based on review of earlier research available. The most polluted cities are spread across the North India, starting from Rajasthan and then moving along the Indo-gangetic belt to West Bengal. A closer analysis of the data obtained through RTI and previous studies on air pollution pin-point to continued use of fossil fuels as the main culprit for the dangerous rise in the level of pollutants in the air across the country

Further explaining the report which was aimed at highlighting the fact that air pollution needs to be addressed as a national problem, Dahiya says: “India’s pollution trends have been steadily increasing, with India overtaking China in number of deaths due to outdoor air pollution in 2015. India’s deteriorating air quality demands an urgent robust monitoring system.”

Last month, the Supreme Court approved the ‘graded response system’ to tackle air pollution in Delhi. Greenpeace welcomes the move, but maintains that the system needs to be implemented across the country, coupled with robust monitoring systems in place so that people can have access to real time data on the level of pollutants in the air. “This report clearly shows that air pollution is not restricted to Delhi. Thus, our pollution reduction strategies needs to be much more ambitious, systematic and with focused targets with clear timelines. Accountability and compliance mechanism should be in place, with no leniency towards the fossil fuel dependant sectors such as, power and transport.”