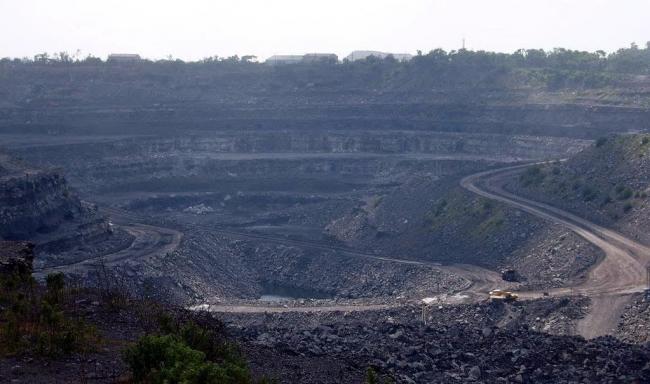 India Blooms News Service | | 15 Dec 2016, 05:16 pm
#CEA validates Greenpeace, # coal power
New Delhi, Dec 15 (Just Earth News/IBNS) The Central Electricity Authority (CEA) has released for public input the draft National Electricity Plan 2015 with the Greenpeace India welcoming the key finding of the NEP, which is that India does not need any new coal plants beyond those already under construction until 2027.

“We welcome the draft plan’s recognition that there is no longer any economic or development rationale for new investments in coal power plants for the foreseeable future,” said Nandikesh Sivalingam, Climate and Energy Campaigner, Greenpeace India.

“With India’s renewable energy sector taking off, it is now possible to reduce poverty, improve living standards and provide ‘power for all’. Decentralised Renewable Energy (DRE) is putting power in the hands of people across the nation and resources must be focussed on meeting this goal.”

In September, Greenpeace released an analysis of the overcapacity problem plaguing India’s coal power sector, warning that over â‚¹ 3 lac crore of investment is being wasted on coal power plants that will not be required. The NEP validates Greenpeace India’s key findings, particularly stating:

1.       There is no need for any new coal power plants to be added to the country’s existing capacity until 2022.

2.       Given that there is over 50 GW of coal power currently under construction, which will come online over the next few years, there is as of today, absolutely no requirement for any increase in coal power plants till 2027 at least.


The NEP however, stays silent on the coal capacity in pipeline of about 178 GW. (These are projects that have yet to start construction but have received permits or are in the process of applying for permits.) These projects represent a potential stranded investment of 10 lac crores and must not be allowed to progress.

“Other Ministries need to take cognisance of the CEA’s warning, and act now to avoid wasting scarce capital,” said Sivalingam. Data with Greenpeace shows that between January and October 2016, 7,230 MW of coal power commenced construction. Between January 2014 and June 2016, approximately 50,000MW of new coal power was either given final environmental clearance or allowed to start the clearance process by the Ministry of Environment.

The CEA also projects that coal requirement for electricity by 2027 will be only 901 million tonnes and less than 800 tonnes for 2022, even in a worst case scenario. Despite this, Coal India has been forced to adopt a one billion ton target by 2020, which is resulting in significant loss of forest, displacement of communities and pollution of water and air resources as a result of expanded mining. The CEA’s new projections expose the complete lack of any justification for such destruction.

Continued use coal will have catastrophic effects: not just on the economy, but also on our natural resources and habitats [4], and have adverse effects on the health of millions of Indians due to air pollution [5]. Any future expansion on coal will also threaten the Paris Agreement’s aspiration of restricting temperature increase to 1.5C, which India ratified with much fanfare in October this year [6]

“The CEA’s report presents India with another opportunity to show global leadership in the fight against climate change, and ensure that the economy moves decisively towards a cleaner energy paradigm that guarantees clean power to all,” concluded Sivalingam.