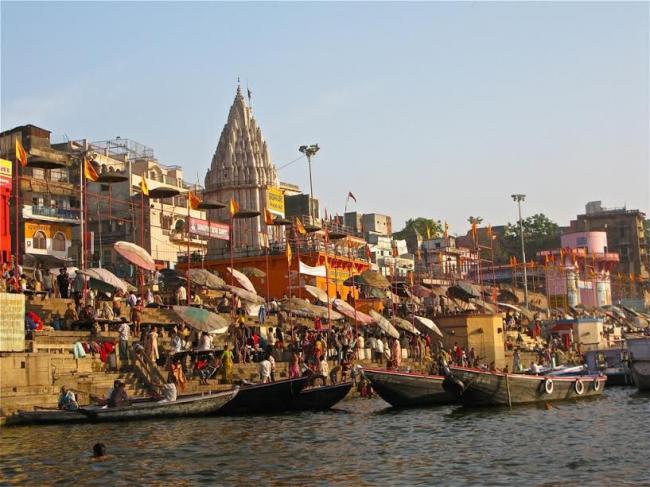 The report, launched by Centre for Environment and Energy Development (CEED), IndiaSpend and Care4Air, bases its findings on Central Pollution Control Board’s 2015 dataset and concludes that heavy industrial activity across the Indo-Gangetic belt has led to rapid degradation of air quality across north Indian region. Urgent regional action plan is required to improve air quality in the north Indian region.

The workshop brought together experts on air pollution mitigation, health, professors as well as government officials. Experts like Dr. Sagnik Dey, Assistant Professor IIT Delhi – Centre for Atmospheric Sciences, said that “industry and power plants are not the only two sources. In fact, biomass burning (seasonal), household emission (biofuel), vehicular emission, brick kilns, DG sets etc have also large contribution to air pollution in the Indo-Gangetic region. It is also observed that health burden due to household exposure is much larger compared to ambient exposure and that is where large health benefit is expected” said Dr. Dey.

World Health Organisation listed 10 Indian cities from the top 20 most polluted cities of the world. From these 10 Indian cities, 4 are heavily populated cities of Uttar Pradesh. “WHO report mentions Allahabad, Kanpur, Firozabad and Lucknow and leaves out Varanasi which is one among India’s three most polluted cities according to CPCB bulletin (2015). Varanasi needs a surgical strike on air quality. Child specialists when consulted have concluded that there’s an 8-fold rise in the respiratory ailments in the city and have cited the rising air pollution levels as the key cause”.   said Aishwarya Madineni - author of the report – ‘Varanasi Chokes’. 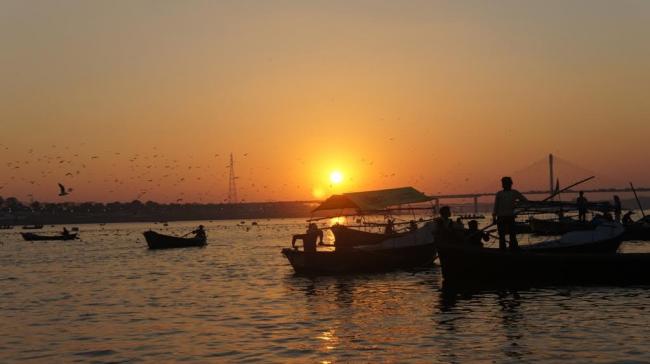 Despite being one of the most polluted cities in India, Varanasi lacks adequate air quality monitoring stations as compared to Delhi. “Only one online air quality monitored by CPCB, capable of measuring PM2.5 and PM10, has been installed while no AQI score is available for the city. In comparison, Delhi has 13 online CPCB monitoring stations capable of measuring PM10 and PM2.5 and an AQI score is available everyday. RTI on manual air quality stations in Varanasi revealed significant gaps in PM10 values being recorded” the report states.

Studies done by Delhi based organisation, UrbanEmissions, identified that the changing wind patterns in the Indo-Gangetic region especially during the winter season tend to carry the emissions from the power plants to several hundred kilometres. This leads to an exponential spike in the regional pollution levels.

“Varanasi does not have a comprehensive action plan on air pollution. Immediate steps need to be taken to curb air pollution. And this action cannot be in isolation, cities and states need to work together to formulate a regional action plan to improve air quality” said Ekta Shekar from Care4Air.

The author of the report spoke to several doctors based in Varanasi to gather information on health impacts of air pollution. It was learnt that lungs related ailments in children have increased 8-folds while cases of asthma and breathlessness have increased by 20-25%.

According to Dr. Pradeep Jindal, a child specialist and a paediatrician in the Sigra area of Varanasi, "air pollution has caused an 8-fold increase in respiratory illness in the children of Varanasi and the respiratory problems are at their worst in the winters"

Dr. R. N. Vajpayee, a pulmonologist and practicing chest physician in the Lanka area of Varanasi, said "there has been 20-25% increase in cases of asthma and breathlessness. Government has to take responsibility for public health, issuing health advisories is an important task. Hopefully there will be awareness in the public soon which will result in government action".

CEED recently released a public manifesto on environment, while launching its 100% UP campaign, calling on all political parties to urgently come together and commit to improving the environment of Uttar Pradesh. Ramapati Kumar, CEO and founder of CEED, said “no state can ensure quality of life for its people, if the environment around it is not protected. It is no more just an environmental agenda for some activists, but a social and political agenda that all political parties of the state should embrace. The 100% UP Campaign is therefore an initiative to bring together communities, civil society groups and the political leaders on one platform and work towards a sustainable environment for the state of UP”