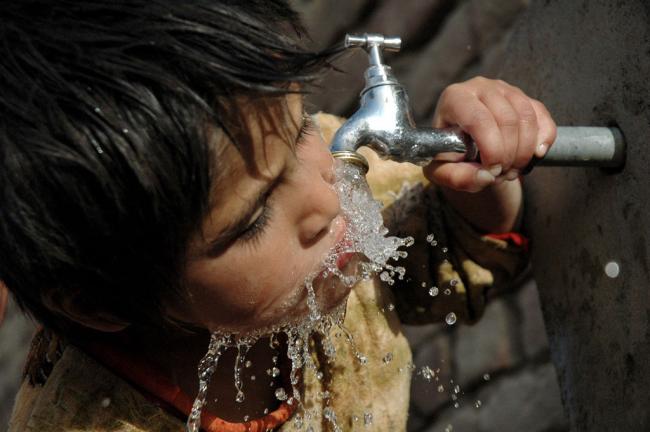 At least 65 die in heatwave in Odisha and Telengana

India blooms News Service | | 14 Apr 2016, 03:15 pm
#Odisha, # Telengana, # 65 die in heatwave
New Delhi, Apr 14 (IBNS) At least 65 people have died in Odisha and Telengana in the heatwave that sweeps several states in India making it the hottest April in 5 years as the weather experts predict even worse days ahead.

Reports said the  severe drought and acute water shortage across the country has added to worries about a difficult summer. In Odisha, the temperature has shot up to over 40 degrees Celsius in many places. State capital Bhubaneswar has already touched 45 degrees this week. The Odisha government has ordered all schools to remain closed till April 20. Engineers and workers have been directed to ensure that people get water to drink. The Telangana government has issued a heat wave warning for Thursday and Friday in capital city Hyderabad and several other places. 35 people have died in Telangana due to heat since last few days. Heat wave conditions are also expected in the Marathwada and Vidarbha regions of Maharashtra and Gangetic West Bengal, reports quoted the Met department as saying. In Karnataka, the first state to declare drought this year, at least 500 villages are now completely dependent on water supplied by tankers as there is no supply. Maharashta's  Latur is now relying on lakhs of litres of waters being brought by special trains from outside.