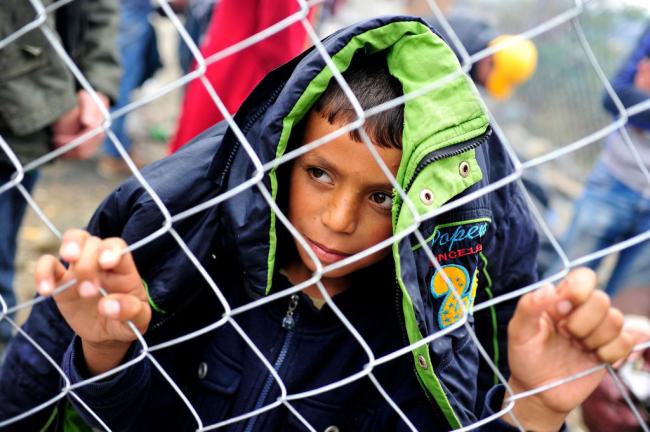 India Blooms News Service | | 17 Dec 2015, 08:56 am
#UN refugee agency , # floods
New York, Dec 17 (Just Earth News/IBNS) With conflicts in the Middle East and Africa driving unprecedented numbers of people from their homes while floods and droughts wreak havoc with lives and livelihoods in Asia, the United Nations refugee agency on Wednesday brought together Governments and civil society to address the root causes of displacement.

“Our world on Wednesday is at a crossroads,” UN High Commissioner for Refugees António Guterres told the opening session of a two-day forum in Geneva. “From a humanitarian perspective, this juncture is defined by two 'mega-problems' in an environment of global insecurity,” he stated.

“A seemingly uncontrollable multiplication of violent conflicts in an environment of global insecurity, and the pervasive and growing effects of natural hazards and climate change that are already shaping our present and will shape our future even more,” he said, calling for an approach that looked beyond immediate emergency response to “what got us here in the first place.”

“I see this Dialogue as an opportunity to step back and look at the underlying causes as what they are – multiple, interlinked, overlapping and mutually reinforcing factors that accumulate and contribute to eventually driving people from their homes,” Guterres said. “It is clear that we cannot treat these causes in silos, but have to consider them together.”

The number of people displaced by conflict and violence has reached levels unseen since the end of the Second World War, with close to 60 million forced from their homes by the end of 2014.

Guterres highlighted a greater need for making a distinction between triggers and underlying drivers of displacement. He also flagged a need for renewed political will and leadership to protect and find solutions for those who have been forced to flee, and a focus on sustainable development, good governance, rule of law and human rights to prevent the need for flight.

“Leadership and political will are essential to end the violent conflicts that have displaced tens of millions of people and to finally tame the progression of global warming,” he said. “But meanwhile, development cooperation also has a key role to play in efforts to address the root causes of displacement.”