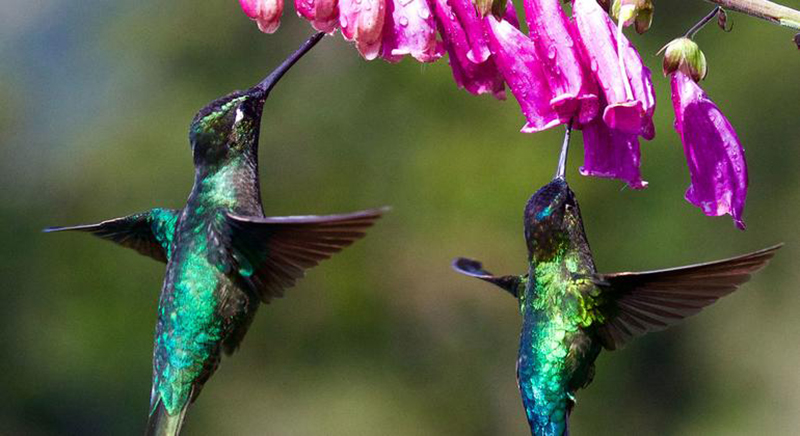 ‘Without nature, we have nothing’: UN chief sounds alarm at key UN biodiversity event

New York: The UN’s key biodiversity conference, COP15, began on Tuesday in Montreal, Canada, where negotiators will set new targets and goals aimed at arresting the alarming destruction of nature, due by human activity.

The conference is being billed as a major biodiversity COP, because it is expected to lead to the adoption of a new Global Biodiversity Framework, guiding actions worldwide through 2030, to preserve and protect our natural resources.

The delegates and organizers will be hoping that this framework will have a more lasting impact than the previous version: at COP10, in 2010, governments agreed to strive for ambitious targets by 2020, including halving natural habitat loss, and implementing plans for sustainable consumption and production.

However, a UN report released that year, showed that not a single target had been fully met. Meanwhile, the planet is experiencing its largest loss of life since the dinosaur era ended: one million plant and animal species are now threatened with extinction.

‘A cacophony of chaos’

The urgent need for action was underscored by UN Secretary-General António Guterres during his opening remarks to the conference on Tuesday.

Noting that “without nature, we are nothing”, Mr. Guterres declared that humanity has, for hundred of years “conducted a cacophony of chaos, played with instruments of destruction”.

The UN chief catalogued examples of this destruction, from deforestation and desertification; to the poisoning of the environment by chemicals and pesticides, which is degrading land, making it harder to feed the growing global population.

He pointed also to the degradation of the Ocean, which is accelerating the destruction of life-sustaining coral reefs and other marine ecosystems - directly affecting those communities that depend on the ocean for their livelihoods.

Corporations ‘emptying our world of its natural gifts’

Mr. Guterres took aim at multinational corporations which, he said, are “filling their bank accounts while emptying our world of its natural gifts,” and making ecosystems “playthings of profit,” and condemned the concentration of wealth and power in the hands of a tiny number of mega-rich individuals.

This phenomenon, asserted the UN chief, works against nature and the real interests of the majority: “the deluded dreams of billionaires aside, there is no Planet B.”

Continuing his excoriating attack, Mr. Guterres described humanity as “a weapon of mass extinction” which is “treating nature like a toilet”, and “committing suicide by proxy”, a reference to the human cost associated with the loss of nature and biodiversity.

The answer, Mr. Guterres suggested, could lie in a global biodiversity agreement that tackles the drivers of biodiversity decline – land and sea-use change, over exploitation of species, climate change, pollution, and invasive non-native species – by addressing root causes such as harmful subsidies, misdirected investment, unsustainable food systems, and wider patterns of consumption and production.

Three actions to save biodiversity

The Secretary-General boiled down the action that needs to be taken in order to save nature, into three main areas.

The first involves the implementation of national plans that would divert subsidies and tax breaks away from activities that contribute to the destruction of nature, towards green solutions such as renewable energy, plastic reduction, nature-friendly food production and sustainable resource extraction.

These plans would also recognize the rights of indigenous peoples and local communities as stewards of nature.

The second concerns the private sector which, argued Mr. Guterres, must recognize that profit and protection go hand-in-hand, meaning a shift by the food and agricultural industry towards sustainable production and natural means of pollination, pest control and fertilization; the timber, chemicals, building and construction industries taking their impacts on nature into account in their business plans; and the biotech, pharmaceutical, and other industries that exploit biodiversity sharing the benefits fairly and equitably.

“Greenwashing”, he said – referring to unsubstantiated environmental claims made by companies – must end, and the private sector needs to be held accountable for actions across every link of business supply chains.

Improved financial support from the countries of the ‘Global South’ formed the basis of the Secretary-General’s third pillar for action.

Mr. Guterres called on international financial institutions and multilateral development banks to align their portfolios with the conservation, and sustainable use of, biodiversity.

A group of independent experts issued a statement on Tuesday, calling for the safeguarding of human rights to be central to every part of the framework document that comes out of COP15.

In a landmark General Assembly resolution, adopted in July 2022, the UN recognized the right to a clean, healthy, and sustainable environment. Because healthy ecosystems and biodiversity are at the core of this right, argue the experts, States have obligations to protect, conserve and restore biodiversity.