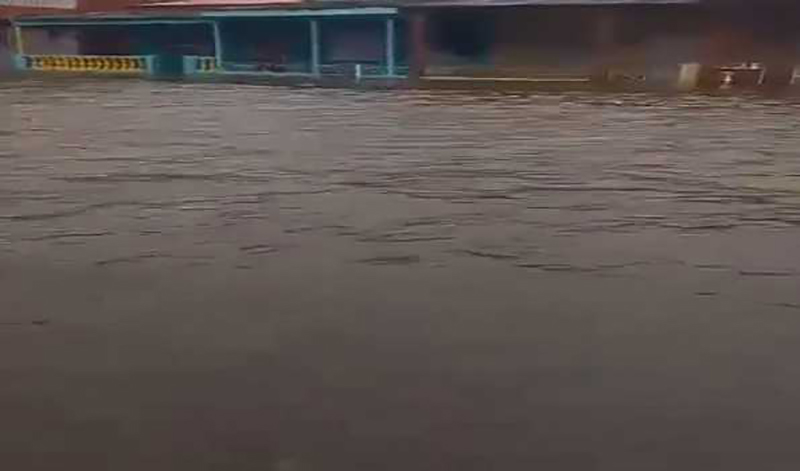 Havana/IBNS: Cuba is completely without power after Hurricane Ian pummelled the western end of the island, the government announced.

The electrical system is experiencing total collapse, officials said, after one of the main power plants could not be brought back online, BBC reported on Wednesday.

Two people were reported dead and buildings were damaged nationwide.

The category three hurricane, packing wind speeds of up to 195km/h, is now bearing down on Florida in the United States, the BBC said.

On Cuban state television on Tuesday, the head of the electrical energy authority announced that an island-wide blackout had occurred as a result of the national electrical system's breakdown, leaving 11 million people in the dark.

A journalist with a state-run news agency reported that 100 percent of the electrical circuits in the country were out of service.

Based in Matanzas, 100km east of the capital Havana, Antonio Guiteras is the most important energy plant in Cuba.

Its shutdown means there is currently no electricity generation anywhere on the island.

Forecasters had warned that some regions of Cuba could see up to 30cm of rain under Hurricane Ian.

The hurricane has been gathering force in the south-eastern Gulf of Mexico after leaving Cuba, says the US National Hurricane Center