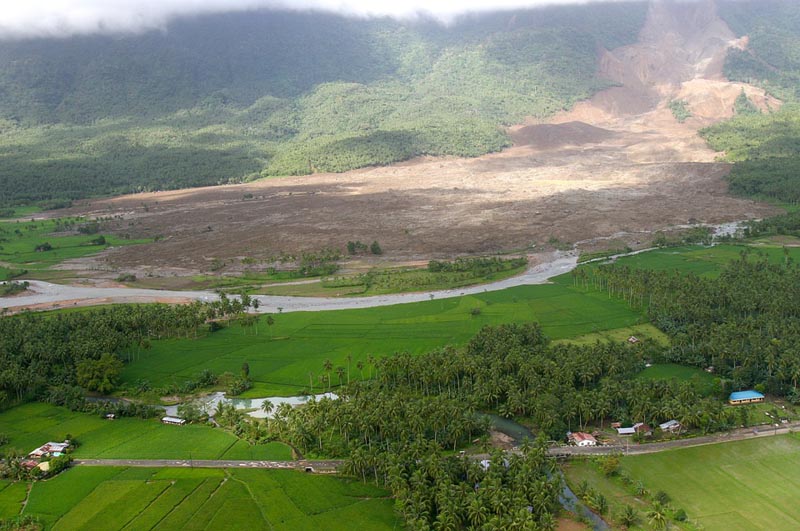 Two people, including a woman, die in landslide in Assam’s Cachar

Silchar: Two people, including a woman, died in a landslide in Assam’s Cachar district, officials said on Monday.

The incident took place at Borakhai tea estate area of Cachar district on Saturday night where a large portion of land slipped from the hilltop over a house.

On Sunday, the SDRF team, local administration and police rushed to the spot and recovered the bodies of two persons from the debris.

Cachar Zila Parishad President Amitabh Rai said he came to the spot after receiving news of the tragic incident.

“Two persons died in the landslide incident. The bodies of both have been recovered. The situation is very horrific,” Amitabh Rai said.

The deceased persons were identified as Chandana Ri and her father-in-law Shibu Ri.