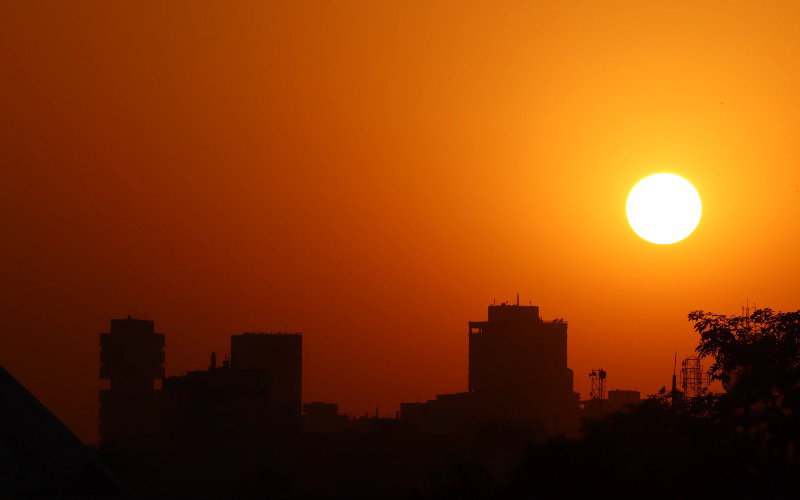 Delhi is bracing heatwave for today, temperature may dip this weekend

New Delhi/UNI: There is no respite for the people of Delhi and its adjoining areas as the India Meteorological Department predicted heatwave conditions on Thursday.

"The maximum temperature in the city is likely to hover around 44 degrees celsius, said IMD in its bulletin.

"The Minimum temperature in the Morning was settled at 28.1 degrees whereas the relative humidity was recorded at 28 percent at 8:30 hours," IMD said.

As per IMD, over the next six days, the maximum temperature is likely to remain above 40 degrees Celsius. The possibility of thunder and lightning is on the forecast for Friday and Saturday.

The minimum temperature, which is recorded at night, could increase to around 30 degrees by June 11 and rise further to 31 degrees by June 15, the forecast for the Safdarjung weather station indicates.

On Wednesday at Safdarjung, the maximum temperature was 44 degrees Celsius, four degrees above the normal for this time of the year.

The minimum temperature recorded over the past 24 hours was 28.1 degrees, which is close to normal.

The weather stations at Najafgarh and Mungeshpur also recorded temperatures above 46 degrees, settling at 46.3 degrees and 46.2 degrees respectively.