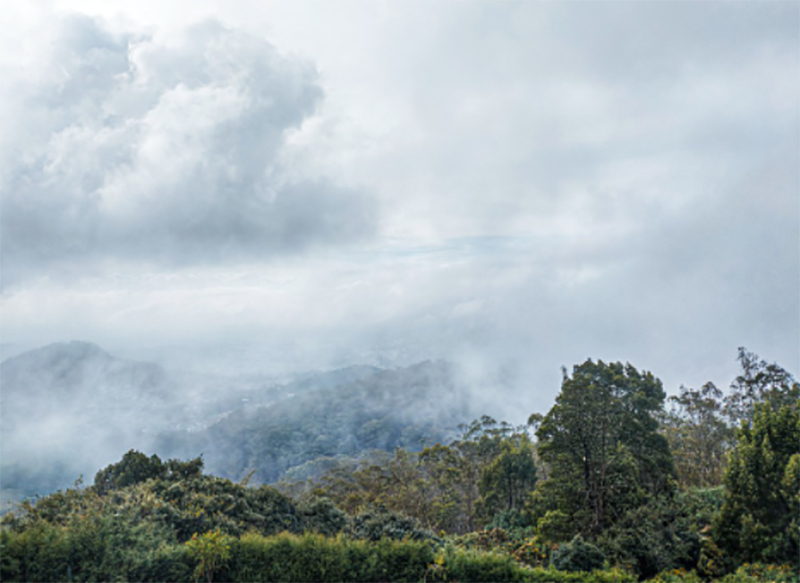 New Delhi: A study conducted by a magazine focussing on the environment has questioned India's earnestness in biodiversity conservation.

India’s record in conservation and use of its bioresources has been quite dismal, according to an investigative analysis done by New Delhi-based Down To Earth (DTE) magazine.

This is despite the alacrity that the country has shown in ratifying and supporting international biodiversity conventions or in enacting domestic laws and regulations, the study noted.

Following the Convention on Biological Diversity, a landmark global treaty in 1992, “What became clear very soon is that the conservation of bioresources, and particularly their utilisation, require active involvement of local communities. These communities need to be active partners and also share the profits of the use of their resources and knowledge,” DTE editor Sunita Narain said.

In 2010, as a result, came the Nagoya Protocol, designed as an instrument for fair and equitable sharing of benefits with communities.

India has been quick to act in terms of ratification of the Convention and the Protocol.

In 2002, the country adopted the Biological Diversity Act and set up an elaborate institutional framework to protect bioresources and to share benefits with knowledge-holders.

The National Biodiversity Authority was established; each state now has its own biodiversity board, and each village its biodiversity management committee (BMC).

The BMCs are required to prepare the People’s Biodiversity Registers, and have powers to impose charges and fines for extraction of resources found in their villages.

“But,” says Narain, “our analysis, based on field visits and conversations with experts, finds that the entire effort to share benefits with communities has been reduced to, at best, a meaningless bureaucratic exercise and at worst, a charade.”

DTE associate editor and the lead writer of the analysis Vibha Varshney says: “The system of access and benefit-sharing can work only if the traditional knowledge holders are recognised; if the traders and manufacturing companies that use their knowledge are held liable for payments; and if this payment is then transferred to the community or traditional-knowledge holder.”

No data on funds: The DTE investigation says there is no data available – other than from a few states – on the money received from companies and traders for access and benefit-sharing (ABS). It is not clear if all companies have paid for the use of resources and knowledge, or on what basis and how much. In the case of the Irula Cooperative in Tamil Nadu – traditional knowledge holders of the method of collecting snake venom used for pharmaceutical products – only one company had agreed to pay, but even that promise remained unfulfilled.

No disbursal to communities: The state boards have informed DTE that the money collected has not been disbursed to communities – the reason they give is there is no information available about the knowledge holders. The law provides that if the information is not available, then funds should be spent on conservation in the region from where the knowledge-bioresources come. As of now, the funds are lying unutilised, say the state boards.

Poor quality of People’s Biodiversity Registers (PBRs): Following the directions of the National Green Tribunal, as many as 2,66,135 PBRs have been made at break-neck speed within two years. Says Varshney: “Given the speed of this ‘exercise’, our assessment is that the quality of these registers is poor, and defeats the very purpose of documentation of biodiversity for conservation and knowledge for its utilisation.”

Legal hurdles and challenges: As per law, Indian pharmaceutical companies are required to pay between 3-5 percent on the extracted bioresources or between 0.01-0.05 percent on the annual gross ex-factory sales. But companies have resisted paying. In most cases, the courts have held that these companies have to seek prior approval and make payments to the National Biodiversity Authority or the state boards. But the matter has not moved much. It is not clear who was required to pay, how much, or what has already been paid.

Amendments to the National Biodiversity Act

Narain points out that it is important at this stage to review the recently introduced amendments to the National Biodiversity Act, which are currently being discussed by the joint committee of the Parliament.

She says: “We believe these amendments do not address the substantive issues that would fix the current problems that we have outlined in our analysis.

"What is needed is to strengthen the accountability of the state boards; to share benefits with communities; and to undertake conservation of bioresources.

"There is little to suggest that these will be done.”

According to CSE, the amendment would weaken the system of access and benefit sharing by changing the definition of who is required to take approval for access or commercial utilisation.

As per the 2002 Act, there is a provision defining a non-Indian entity, which would mean that an entity that is non-resident or a corporate body that is not incorporated or registered in India would require to take prior approval from the national board.

The amendment proposes that the provision defining the non-Indian entity be substituted with “foreign controlled company”.

Adds Varshney: “It is not clear why this change has been brought about and so it seems the purpose is to limit the prior approvals by the National Authority.”

The amendments have also included the term “codified traditional knowledge” – under which the users, including practitioners of Indian systems of medicine will be exempted from the provisions of approvals for access or sharing benefits.

“This is an issue that needs to be discussed further. We realise that the global framework of access and benefit sharing has never considered the issue of codified knowledge – and that this is important for countries like India where traditional medical systems are rich and relevant," Says Narain.

But it is not clear how this codified knowledge will be distinguished from the local community-held knowledge and if this will not defeat the very purpose of the Biodiversity Act.

"What needs to be done is to clarify this even as the Amendments strengthen the provisions for sharing benefits with communities and knowledge-holders,” she adds.

But all this will not add up unless we can resolve how the bioresources in the wild and under strict prohibitory regulations – which do not allow for their cultivation, collection or trade – will be made part of these efforts to conserve resources through their utilisation, she notes.

"In the case of the Kani tribals and their knowledge of Arogyapacha – a medicinal plant – this was the fundamental flaw. After all the negotiations were done for access and benefit-sharing, the plant could not be collected or grown; in fact, cases were filed against the tribals for doing so,” she says.

The 2021 Amendment Bill has a provision for identification of such cultivated biodiversity. But Varshney says this needs to be elaborated on, so that all the strenuous efforts made to set up the paraphernalia for biodiversity conservation and for access and benefit-sharing do not go waste.

Narain says, “It is important that we discuss this issue as we need to learn from what has been done till now so that we can strengthen conservation and make sure communities and traditional knowledge holders benefit from these efforts.

"This is critical in the fight to protect bio-resources from loss and extinction. The global community will meet later in 2022 to discuss these issues and to evolve the way ahead. It is important that the world has new learnings to share and ways to strengthen the Convention on Biological Diversity and the Nagoya Protocol.”