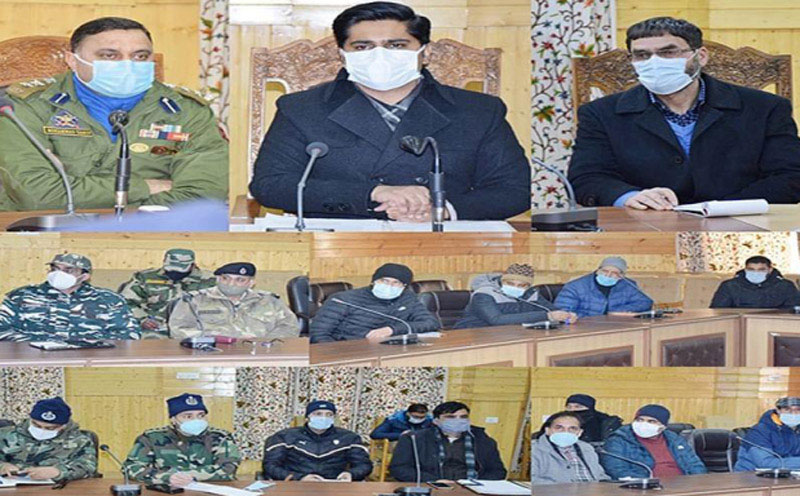 Bandipora: The Deputy Commissioner (DC) Bandipora, Dr Owais Ahmad on Friday chaired a meeting of Officers to review the arrangements for the celebration of World Wetland day on February 2.

During the meeting, the DC stressed on conservation of water resources especially water bodies and wetlands, an official press release said.

He urged the officers to celebrate World Wetland Day this year in every block to raise awareness about the importance of conservation of wetlands and water resources.

He said the main function will be organized in Wullar Lake and all stakeholders will be involved to give a message regarding the issue.

The DC directed the officers of Rural Development to use the local funds under MGNREGA etc to rejuvenate the water bodies especially local streams, springs and irrigation khuls besides involving local stakeholders to ensure conservation of water bodies and wet lands.

Dr Owais said the Wullar lake has a huge potential for tourism besides being the biggest fish production source and if exploited, it can change the socio economic condition of the local population.

He said works under the Wullar conservation project has been taken up on a large scale after the government sanctioned the Wular Action Plan of Rs 200 crore for conservation and management of the lake.

He also informed about the nature of catchment, conservation works, biodiversity conservation and development of eco-tourism, besides construction of Boulevard road and other tourist attractions.

He appreciated the efforts put in by different departments to conserve the lake and uplift the tourism sector in the district and urged the officers to work with extra zeal so as to bring the Wullar lake on international tourist map.

The meeting was attended by Assistant Commissioner Development Abdul Rashid Dass, BDOs of various Rural Blocks and officers of WUCMA.