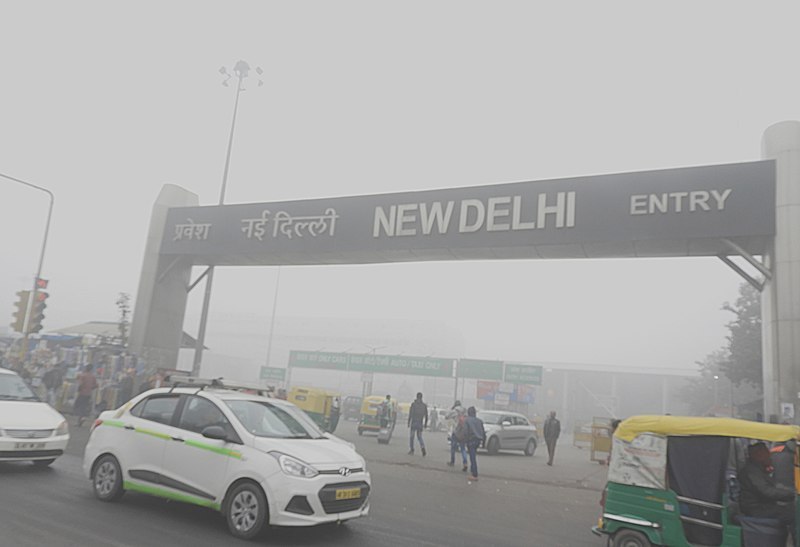 New Delhi/UNI: The air quality in Delhi improved marginally but remained in the ‘very poor’ category on Monday morning, with the city’s overall Air Quality Index (AQI) stood at 318 against the figure of 386 the Sunday morning.

According to the Ministry of Earth Science's air quality monitor, System of Air Quality and Weather Forecasting And Research (SAFAR),  "The AQI today indicates very poor category and is likely to improve for the next two days as winds at transport level are slowing down resulting in lesser intrusion of farm fires related pollutants into Delhi."

The agency said the calm local winds reduce dispersion of pollutants. Net effect likely to make air quality remain a very poor category. The effective farm fire count is almost the same as yesterday, 3445 and its contribution to Delhi’s PM2.5 is 12%.

At 6 in the morning, the concentrations of the particulate matter (PM) with a diameter of 10 and 2.5 microns stood at 267 (‘poor’ category) and 143 (‘very poor’ category) respectively, the SAFAR stated.

According to the Central Pollution Control Board (CPCB) data, the AQI recorded at 382 in Anand Vihar, 381 in Bawana, 335 in Chandni Chowk, 352 in Dwarka Sector 8, 315 in Dilshad Garden (IHBAS) and 373 in Punjabi Bagh, all falling in the 'very poor' category.

Meanwhile, the Arvind Kejriwal-led Aam Aadmi Party (AAP) government in Delhi will submit on Monday to the Supreme Court a proposal on imposing a lockdown in view of extreme pollution in the city.

This comes after the top court asked the Centre and the Delhi government to implement emergency steps to bring down pollution in the Delhi-NCR region.

On Sunday, the Commission for Air Quality Management in NCR and Adjoining Areas CAQM convened a crucial meeting in wake of deteriorating air quality of the Delhi-NCR region.

The commission has asked states and concerned agencies to be in complete readiness for implementing emergency measures as listed under Graded Response Action Plan.

"The adverse air quality scenario in Delhi-NCR as a combined result of paddy stubble burning, vehicular pollution, post-Diwali pollution, dip in temperature and other local factors, was also greatly impacted by a dust storm moving in from the South-Westerly directions of the Thar desert which brought in huge quantities of dust that further amplified the PM2.5 and PM10 levels significantly," the commission said in a statement.

After the 8th meeting of the Sub-Committee for GRAP an order was issued detailing various air pollution preventive measures and mitigation actions that need to be undertaken by the various agencies concerned across Delhi-NCR.

"Concerned departments of the State Governments of Haryana, Rajasthan and Uttar Pradesh, to consider similar restrictions or regulations in the NCR districts as implemented by Delhi Government through its order which includes closure of schools up to 20th of this month and closure of Construction and Demolition activities from 14th to 17th November," commission said.