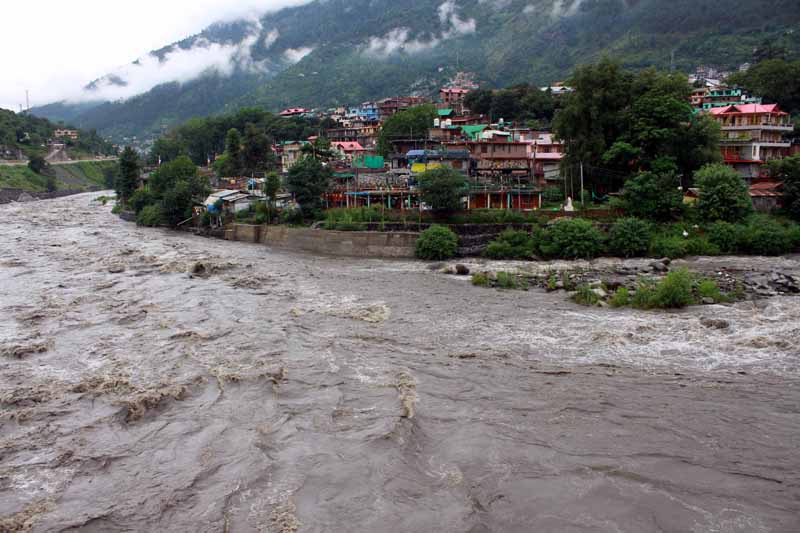 Srinagar/UNI: A residential house and a mosque were partially damaged in a flash flood triggered by heavy rain and cloudburst in north Kashmir district of Bandipora on Wednesday.

Meanwhile, a footbridge was washed away while several orchards and paddy fields were damaged by the flash flood though there was no report of loss of life in Aloosa in Bandipora.

Official sources said that a cloudburst in the upper reaches in Aloosa and very heavy rain resulted in a flash flood in few villages in the area, including Chachinar. ''A mosque and a residential house were partially damaged in the incident,'' they said, adding several houses were inundated with water.

They said the situation is under control as the water level has come done slightly during the last over one hour. The administration has appealed to people not to go near waterbodies as a precautionary measure in view of prediction of more rain till July 30.

Locals said that a footbridge was washed away while several orchards and paddy field were damaged due to the flash food. ''We demand that the administration should send officials to the affected villages to assess the damages caused due to the flash floods and provide compensation to the victim families,'' they added.