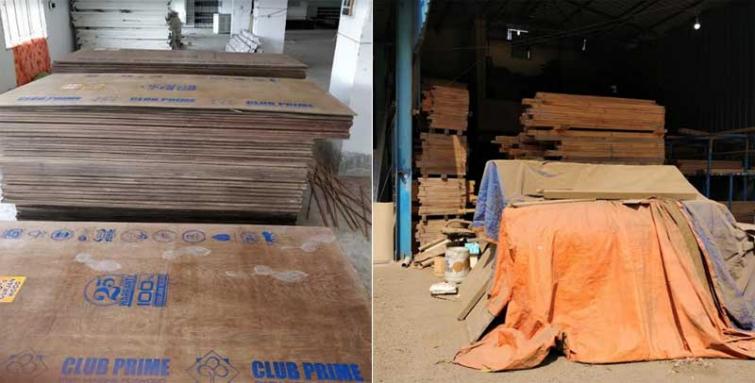 Century Plyboards conducted a raid for counterfeit plywood in Kolkata

Kolkata, Feb 28 (IBNS): CenturyPly, the largest sellers of multi-use plywood and decorative veneers in India, on Thursday said it had recently conducted a comprehensive raid in Kolkata to seize counterfeit plywood products bearing the brand name of the company.

The raid was piloted on Messrs. Hanuman Timber Company and Mohini Plywood Products Pvt. Ltd., located in Belgharia, in compliance of the order passed from the court of Addl. District Judge - 10, Tis Hazari Court, New Delhi.

In respect of the court orders, senior advocates from Delhi visited Kolkata to execute the commission appointed raid on the defendants. During the course of execution of the commission, appointed by the Hon'ble court, a total number of 167 plyboards of varied sizes, worth Rs. 5-6 lakhs, were seized from the warehouse of the defendants with the forged mark of "CLUB PRIME" on them.

Proper and appropriate legal proceedings have been initiated on Hanuman Timber Company and Mohini plywood products Pvt LTD. Further investigation on this forgery is underway.