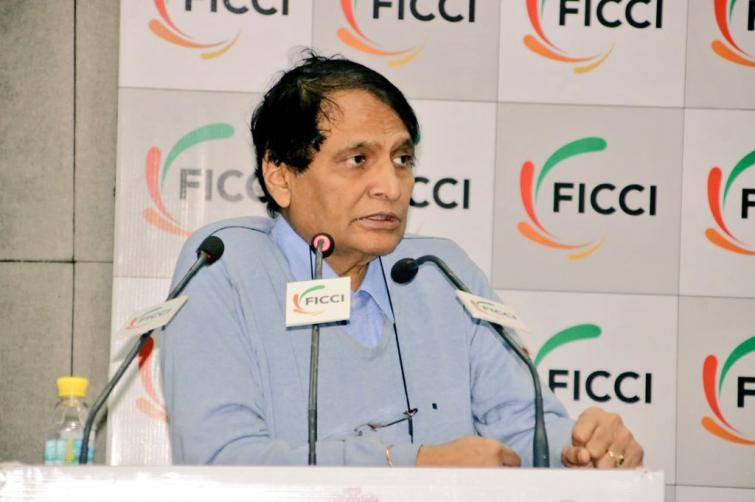 New Delhi, Feb 19 (IBNS): Union Minister of Commerce & Industry and Civil Aviation, Suresh Prabhu has cleared a proposal aiming at simplifying the process of exemptions for Start-ups under Section 56 (2) (viib) of Income Tax Act. The Department for Promotion of Industry and Internal Trade (DPIIT) will be issuing a gazette notification on Tuesday to this effect.

In order to catalyse entrepreneurship by enabling angel investments to innovators across all sections of society and all sectors of economy, a Gazette notification in partial modification of Gazette Notification number G.S.R 364 (E) dated April 11, 2018 was issued on 16.02.19.

However, concerns were expressed regarding taxation of angel investments and there were issues that needed to be addressed to ensure availability of capital to Start-ups.

The Minister took up these issues with concerned officials and a roundtable was organized on 4th February, 2019 under the chairmanship of Secretary DPIIT with Start-ups, angel investors, and other stakeholders with a view to discuss the new measures undertaken by the Department to address the Angel Tax issue and understand the mechanism to deal with it institutionally.

With this notification, the definition of Start-ups will be expanded. Now an entity will be considered as a Start-ups upto a period of ten years from the date of incorporation and registration in place of the earlier duration of 7 years, read a government statement.

Similarly, an entity will continue to be recognised as a Start-ups, if its turnover for any of the financial years since incorporation and registration has not exceeded Rs. 100 crore in place of Rs. 25 crore earlier, it said.