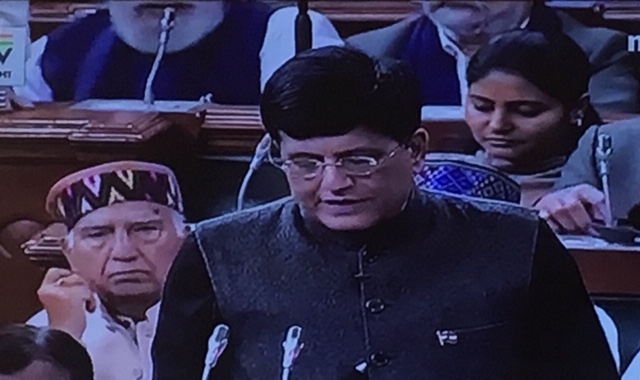 New Delhi: Amid expectations of big ticket benefits for India's distressed farmers and tax cuts ahead of elections and Opposition attacks on the Modi government over economic issues, Interim Finance Minister Piyush Goyal on Friday began presenting the Interim Union Budget 2019 in Parliament from 11 am.

Following are the LIVE HIGHLIGHTS of the Budget 2019 speech of Goyal:

Individual taxpayers earning upto Rs 5 lakh will get full tax rebate. Upto even 6.5 lakh gross income one would not have to pay tax through investments. Standard deduction has also been raised to Rs 50,000 from Rs 40,000


IT Returns to be processed in 24 hours. Within next 2 yrs, all assessment of returns will be done electronically.

We have brought down average rate of Inflation

We have brought down fiscal deficit down to 3.4 percent

We are ensuring clean banking. Big businessmen also now have to worry about bank default