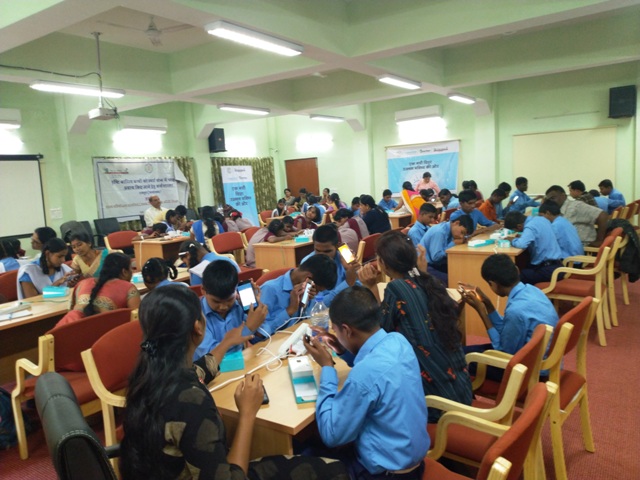 New Delhi, Dec 18 (IBNS) : For 50 visually-impaired government school students aged between 14 and 16 years in Chhattisgarh, it marked the beginning of new hopes and a freedom from Braille.

With the help of latest mobile technology, these excited children were trained to study their textbooks, helping them overcome their physical challenge in a way they did not think was possible before this. Each of them got a phone which had preloaded accessible textbooks, and they were taught to study these textbooks using latest mobile applications.

This innovation in CSR was made possible in one of its kind initiatives by mjunction services limited, India’s largest B2B e-commerce company, in collaboration with the Chhattisgarh government. mjunction first procured the smartphones and then uploaded all Chhattisgarh government school textbooks for the intended age group into these smartphones. The third and last phase happened recently in Raipur when these 50 students were not only given these smartphones but also trained extensively on how to study their textbooks from these phones.

The programme gains greater importance in view of the limited availability of textbooks in Braille, where students had to share the books.

The reactions from the excited students were spontaneous and heartfelt, and sometimes exceeded expectations from the programme. Dinu Patel of class 8, said, “What I could read on Braille in three days, I can now do in one day. I can also carry my books anywhere I go now as they are all on my mobile phone.” 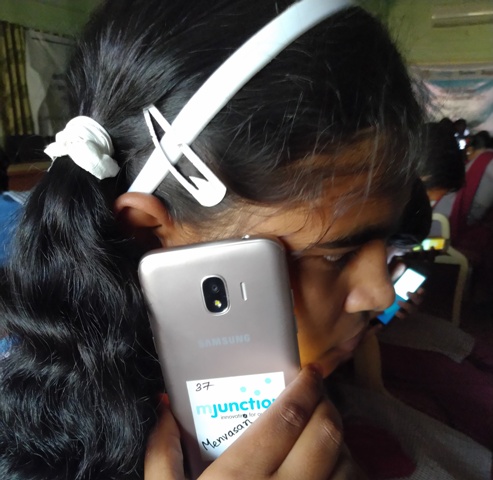 Aarzoo Banu of class 9 said, “My hands used to ache earlier while taking down class notes on Braille. Now with the recording facility on the phone, I can record my class notes and listen to them later with the ‘talk back’ facility.”

Yadeshwar Kumar Sahoo of class 9 said, “This is especially useful when English spellings get complicated and it becomes difficult on Braille. I want to thank everyone associated with this as it really makes life easy for me.”

Dwivedi said, “I am happy to partner with mjunction on this. The children were extremely enthusiastic about using new devices and trying new technology solutions to overcome their disability.” Nandanwar said, “The initiative was a success and I hope to work with mjunction once again in the near future for the benefit of an even greater number of students.”

Nandanwar said “The initiative of mjunction and Sarva Sikhsha team was really fruitful and we hope to work together in future and benefit more students.”

mjunction has been working in the field of digital literacy for the underprivileged for the last 11 years and has taken the pledge of ‘Transforming 30K’ lives in the next two years. With this project, it forays into the field of providing education via mobile literacy, and is just the beginning of more such initiatives which will touch lives positively, Varma added.