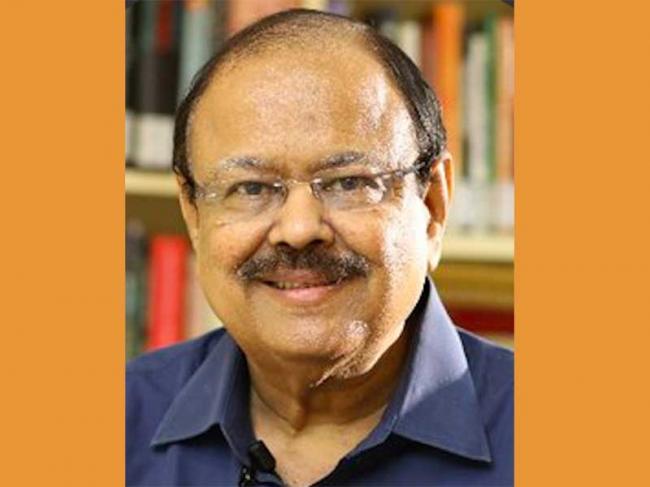 “To manage RBI you have to have a fair knowledge of the domestic and international economy. I respect IAS, the issue is that they’re exposed to a little of many things but the acceptance among the international community which earlier Governors commanded (is not there),” ANI quoted Vyas as saying.

“I sympathise with Shaktikanta Das, and he has a Master’s degree in history. He will have to pull out a lot more at his age that is near retirement. He has to control and steer the RBI and answer issues like the use of RBI reserves,” said Vyas, who describes himself as "Politician. Eminent thinker on Public Administration, Economics and Finance has also been a public life functionary for last over 25 years" in his Twitter bio.

After Das' appointment, Union finance minister Arun Jaitley said he had the “right credentials” to head the central bank.

Speaking to the media on Wednesday, Das said he would try to uphold professionalism, core values, credibility and autonomy of the institution.

"It’s an honour and great opportunity to serve RBI. I will try my best to work with everyone and work in the interest of Indian economy," Das said in his first media interaction since his appointed as the Governor.

"I have convened a meeting with CEOs & MDs of public sector banks tomorrow morning.Banking is an important segment in our economy&it’s facing several challenges that need to be dealt with. It's the banking sector on which I’d like to focus immediately," he said.

Das, a former finance secretary, was appointed as the new Governor after Urjit Patel resigned from the position on Monday.

Das is primarily known for being the first to field questions on the shock November 2016 decision to demonetise old Rs 500 and Rs 1,000 notes.

Back in the spotlight after retiring from bureaucracy last year, Das now finds himself as the new favourite pastime of Twitterati who are digging up his past comments to question his appointment.