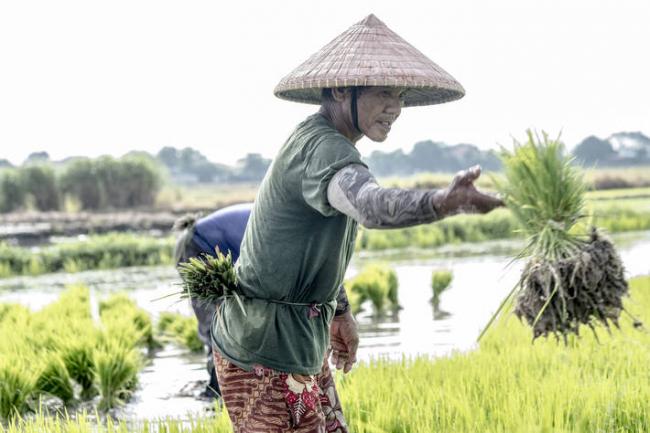 Washington, Dec 7 (IBNS): Globally traded food commodity prices declined in November, led by marked drops for palm oil and other vegetable oils, the Food and Agriculture of the United Nations said on Friday.

The FAO Food Price Index averaged 160.8 points for the month of November, down 1.3 percent from October and 8.5 percent from a year earlier. The index, an indicator of the monthly change in international prices of a basket of food commodities, is now at its lowest level since May 2016.

The FAO Sugar Price Index defied the downward trend, rising 4.4 percent in the month. The increase was mostly due to a significant production decrease expected in Brazil, which has also lowered the share of sugarcane used to produce sugar to 35.8 percent from almost half a year ago.

The FAO Meat Price Index came in marginally lower, with only bovine meat prices rising during the month.

FAO also released a new Cereal Supply and Demand Brief, marking down its forecast for world cereal production in 2018 to 2 595 million tonnes, some 2.4 percent below the record high reached last year.

The new forecast figures do not incorporate recent and significant historical revisions made by China to its grain production estimates, for maize in particular, which are under review by FAO with an eye to updated assessments early next year.

World rice production this year remains on course to reach a new high of 513 million tonnes, representing a 1.3 percent increase from 2017. By contrast, FAO lowered its forecast for global wheat output to 725.1 million tonnes due to smaller-than-earlier expected harvests in Turkey and the Russian Federation. The projection for world production of coarse grains was also lowered, to 1 357 million tonnes, due to downward revisions to barley and sorghum outputs.

FAO expects greater planting of winter wheat crops in  the northern hemisphere as well as higher  maize production  in much of the southern hemisphere, although the prospects of a possible El Nino event impair the outlook in South Africa and neighboring countries.

World cereal utilization during the 2018/19 season is expected to rise by 1.3 percent to 2 649 million tonnes, led by stronger feed and industrial uses of maize.

World cereal stocks are forecast to stand at 762 million tonnes by the close of seasons in 2019, some 6.5 percent below their all-time high opening levels. Maize inventories are anticipated to contract by 14 percent, while wheat stocks should decline by at least 12 percent. World rice stocks, by contrast, are expected to increase by 2.7 percent to hit an historical high of 177 million tonnes.

International trade in cereals is still forecast to contract in 2018/19, though the decline, estimated at 1.1 percent, is smaller than it was anticipated in November.