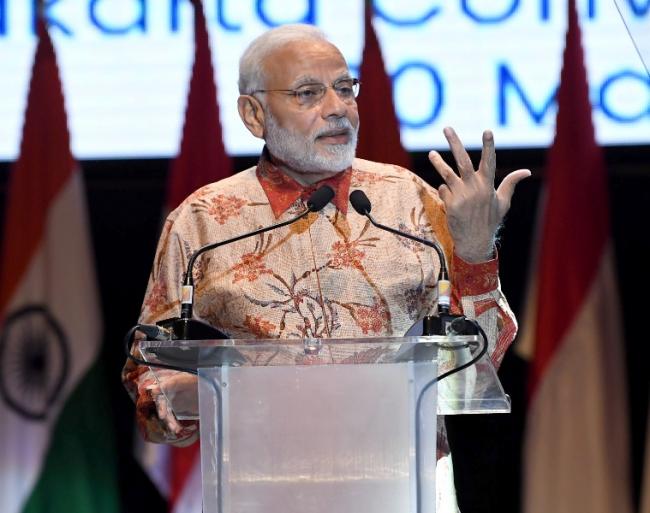 The objective of this Challenge is to tap the potential of young Indians, startups and other private enterprises to provide solutions to complex problems using current technology.

The Prime Minister,  at a programme organized at his residence, yesterday, interacted with select CEOs from Indian and foreign companies. He apprised  CEOs of the efforts being made by the Government to ensure that India consistently improves its business environment. The Prime Minister reiterated his resolve to make India one of the easiest places to conduct business in the world. He congratulated all government officials from the reforming Ministries and Departments as well as states & municipal corporations for their achievements in the last 4 years and exhorted them to work towards reforms with greater zeal and energy.

Hartwig Schafer, Vice President, South Asia of the World Bank Group, also addressed the gathering andappreciated the enormity of
India's achievement. He also stressed that it gets tougher to improve ranks as a country moves higher up in the ranking and expressed his
belief that India will continue to maintain the momentum it has gained over the last four years in its efforts in improving Ease of Doing
Business.