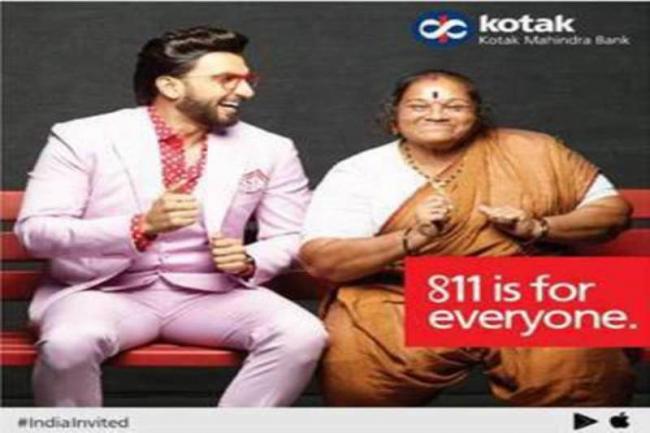 The campaign features Bollywood actor Ranveer Singh along with people from all walks of life, across age, gender, profession, religion, physical appearance, including an acid attack survivor, among others.

The only requirement for opening an 811 digital bank account is the person will have to be Indian.

The protagonist of the story is ‘the bench at the railway station’ and Ranveer dons the role of the bard (Sutradhar).

The story voices similarities between 811 and a bench at a railway station.

Anyone and everyone, irrespective of caste, creed, religion and abilities, are welcome to rest and take a breather at any bench at any railway station in India.

Similarly, 811 offers unconditional access to a full-service, zero-balance digital bank account which gives up to 6% p.a interest to every Indian.

"With 811, we simplified banking in India and in a year since launch, 811 has been embraced by Indians. In our endeavour to make banking more accessible and widespread, we realised that people from different walks of life tend to get intimidated to walk into a branch for the fear of being judged."

Elizabeth Venkataraman, Executive Vice President - Marketing, Kotak Mahindra Bank said, “Inclusion is not only the right thing to do, it is also necessary for a country as diverse as India. Digital is a great equaliser, especially in banking, providing equal access to everyone.

"And 811 represents those very qualities of equality and inclusiveness. 811 is truly for everyone. Our #IndiaInvited campaign champions this effort, and uses the analogy of the simple bench at the railway station that doesn’t judge people and correlates that to the promise of 811.”