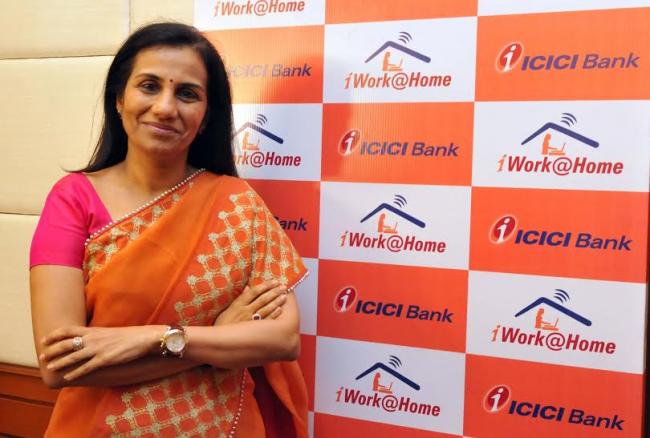 ICICI: Chanda Kochhar goes on leave till probe into Videocon loan is over, Sandeep Bakshi is new COO

Mumbai, June 18 (IBNS): Amid allegations that she granted Rs. 3,250 crore loan to the Videocon Group in 2012 which benefited her husband, the ICICI Bank CEO and MD Chandra Kochhar has decided to go on leave till the completion of the enquiry related to the case.

"In line with the highest levels of governance and corporate standards, Ms. Chanda Kochhar has decided to go on leave till the completion of the enquiry as announced on May 30, 2018. The Board has noted and accepted this. During her period of leave, the COO will report to the Board," the ICICI Bank said in a statement.

Meanwhile, the Board of Directors of ICICI Bank Limited has at its meeting on Monday decided to appoint Sandeep Bakhshi, as Wholetime Director & Chief Operating Officer designate, ICICI Bank.

His appointment as COO will be for a period of five years, subject to regulatory approvals.

He will take over as the COO from June 19, 2018, or on the date of regulatory and other approvals, whichever is later.

Bakhshi will be responsible for handling all the businesses and corporate centre functions at the Bank. All Executive Directors on the Board of ICICI Bank and the executive management will report to him.

However, Bakhshi will report to Kochhar, who will continue in her role as MD & CEO of ICICI Bank.

This comes as the board last month constituted an independent external probe panel following the allegations levelled against Kochhar that she had violated the bank's code of conduct.

Earlier, market regulator Securities and Exchange Board of India (SEBI) had sent a notice to ICICI Bank Ltd and Chanda Kochhar, starting proceedings against the institution for non-disclosure of information in the controversial videocon loan case.

The notice was ssued based on information furnished by the bank and Kochhar to diverse queries made by SEBI concerning dealings between the bank and Videocon and certain dealings allegedly between Videocon Group and NuPower, “an entity in which Deepak Kochhar, spouse of MD & CEO reportedly has economic interests."

The CBI also launched a preliminary investigation into Rs 3,250 crore loan ICICI Bank had extended to Videocon in 2012 and the possible role of Chanda Kochhar's husband -- Deepak Kochhar.

Reports have alleged that Videocon chairman Venugopal Dhoot invested Rs 64 crore in Nu Power Renewables, a firm owned by Deepak Kochhar after Videocon secured a loan from a consortium of banks, including ICICI.

ICICI has, however, claimed that it was part of a consortium of lenders that extended the facility to Videocon.