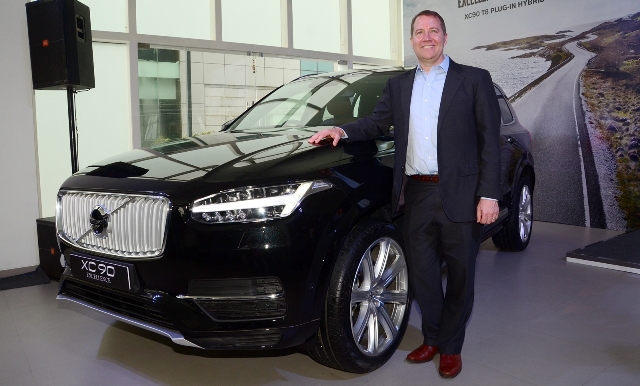 All new Volvo cars from 2019 will be hybrid or plug-in hybrid, says India head

Kolkata, June 12 (IBNS) : All new cars of Volvo from 2019 will be at least partially electric ones, said a top Swedish luxury carmaker official here recently.

“From 2019, going forward , all new cars we introduce will be electrified somehow. It could be hybrid or plug-in hybrid, it is quite simple,” said Charles Frump, Managing Director, Volvo Car India speaking at the inauguration of a new facility in Kolkata last week.

“If the Government is looking  for full electric vehicles, we think they should lay out some kind of road map to get there and support plug–in hybrid,” he said. Plug-in Hybrid models  can run some miles on battery power before switching to a conventional engine.

The dealership that was inaugurated is a 3S facility with showroom in Rajarhat, which is emerging as the new motown of Kolkata with major other automakers opening shops.

Inaugurating the Kolkata facility, Charles Frump said a showroom every month for the next six months will support Volvo Car India’s ambition to double its segment share by 2020.

SPL Volvo, Kolkata is built on a 8100 sqft showroom with a dedicated service centre in 20,000 sqft plot.This fully operational state-of-the-art facility will cater  to the increasing demand of the high-end luxary cars in West Bengal and its catchment. 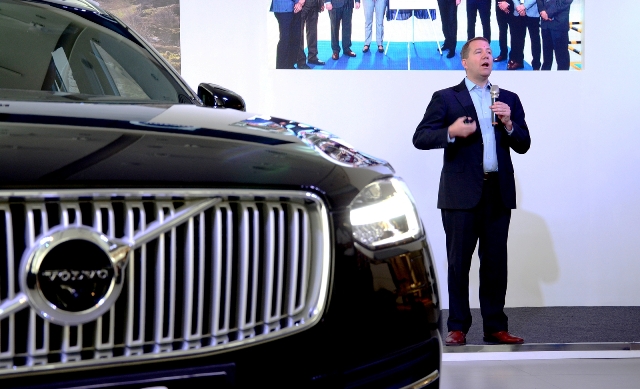 Frump said, “Kolkata is the gateway to the east and home to a lot of affluent families. It is a high growth potential hub that caters not only to the metrolpolis ,but also nearby markets."

He said having strong partners is the right step in achieving Volvo's mid-term goal of doubling the segment share by 2020.

Volvo established its presence in India in 2007 and has since then,worked intensively to market the Swedish brand in this country.

“I am confident that our partners SPL Volvo will help us in achieving our sales and service objectives in the market," he said.

Nikunj Sanwaria-Dealer Principal, SPL Volvo said, “Already a lot of interest has been generated in the market with good enquiries. Customer service is the core differentiator for us and we will strive to provide unmatched service for our customers.The entire range of  Volvo cars will be retailed and serviced from our new facility."