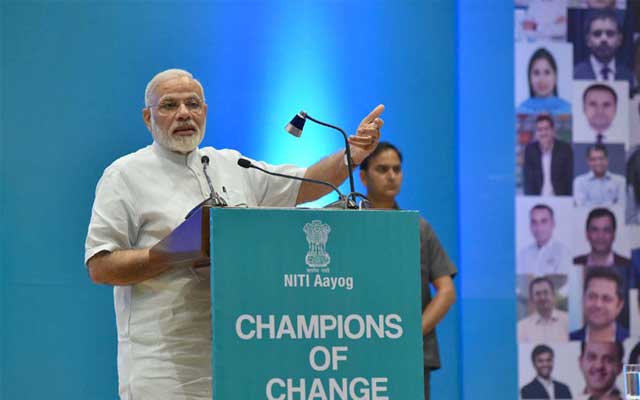 Modi said this while interacting with several beneficiaries of the Mudra Yojana.

Pradhan Mantri Mudra Yojana (PMMY) is a scheme which was launched by PM Modi in 2015. The scheme offers Rs. 10 lakh to the non-corporate, non-farm small or micro enterprises.

In a video conference on Tuesday, Modi said: "Mudra Yojana has opened up new avenues for youth, women and those who wanted to start or expand their businesses. Not only this, Mudra Yojana is also acting as a job multiplier."

Speaking about the benefits of Mudra Yojana, the PM said: "We have supported our small start-up businessmen. They have been handed over loans through Mudra Yojana so that they can build their own businesses. The scheme has not only given opportunity to one to start his own business but also acted as a job multiplier."

Modi has also stressed the scheme has strengthened people coming from backward classes.

"The scheme has strengthened backward societies financially and socially" he said.

The PM claimed that majority of the beneficiaries of the scheme belong to Scheduled Caste, Scheduled Tribe and Other Backward Class people. "Among 12 crore people of Mudra Yojana beneficiaries, 55% of loans were received by people belong to SC, ST, OBC society," he said.