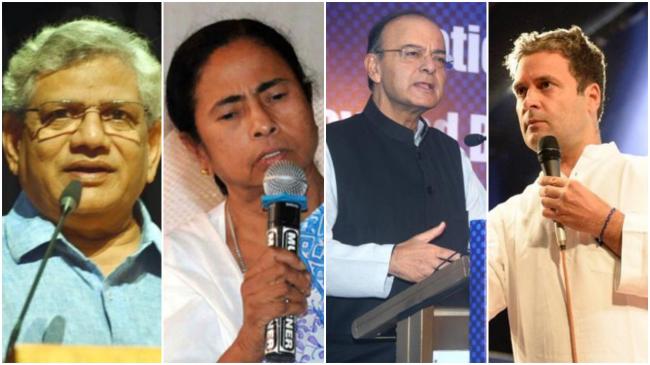 ATM: Government assures citizens that there is adequate supply of currency

New Delhi, Apr 17 (IBNS): Amid reports that ATMs in several parts of the country are going dry, the centre on Tuesday assured that there is adequate supply of currency in the country.

"There are reports of cash shortages and some ATMs running dry of cash or becoming non-functional in some parts of the country," read a government statement.

The Government of India with the Reserve Bank of India have taken all steps to meet this unusual demand.

"We had adequate reserves of currency notes which have been used to meet fully the extraordinary demand generated so far.  We continue to have in stock adequate currency notes of all denominations, including of Rs.500, 200 and Rs.100 to meet any demand," it said.

The Government would like to assure all the people that there have been adequate supply of currency notes which have met entire demand so far.

"The government would also like to assure that it would be supplying adequate currency notes to meet even higher levels of demand if such demand were to continue in the coming days/months," read the statement.

The Government said it is taking all steps to ensure that ATMs are supplied with cash and to get non-functional ATMs normalised at the earliest.

Several opposition leaders on Tuesday attacked the Centre after reports of ATMs going dry was reported from several states in the nation.

“Nirav Modi fled with Rs 30,000 crore and the prime minister did not utter a word. We were forced to stand in queues as he snatched Rs 500-1,000 notes from our pockets and put it in Nirav Modi’s pocket,” Gandhi told media.

West Bengal Chief Minister Mamata Banerjee said the episode reminded about the 2016 note ban days and even described the situation with 'financial emergency'.

"Seeing reports of ATMs running out of cash in several States. Big notes missing. Reminder of #DeMonetisation days. Is there a Financial Emergency going on in the country? #CashCrunch #CashlessATMs," she tweeted.

He said people of India do not trust the Modi-led Central government anymore.

CPM leader Sitaram Yechury tweeted, "Demonetisation did not kill terrorism. It did not kill corruption or fake currency either. But it has certainly killed the Indian economy. The cash crisis tells us how Modi's demonetisation disaster is still wreaking havoc."

"This govt which still has not been able to count the demonetised currency is asking us to trust its Jumla that there is no cash crunch. After the demonetisation disaster where goalposts were repeatedly shifted and deadlines changed, no one trusts the Modi government anymore," he said.

As ATMs ran dry in many states across the country, Union Finance Minister Arun Jaitley on Tuesday alleyed the fear of cash crunch, citing “sudden and unusual increase” of withdrawals  as the reason for the “temporary shortage” of cash..

“Have reviewed the currency situation in the country. Over all there is more than adequate currency in circulation and also available with the Banks. The temporary shortage caused by ‘sudden and unusual increase’ in some areas is being tackled quickly,” Jaitley tweeted.

He added that there was adequate currency in circulation and with the banks and that the situation would be tackled quickly.

According to media reports, at least seven states have complained about ATMs going dry.

People from Karnataka, Maharashtra, Andhra Pradesh, Rajasthan, Uttar Pradesh, Madhya Pradesh and Telangana have said that ATMs in their areas either do not have cash or are not functioning, NDTV reported.