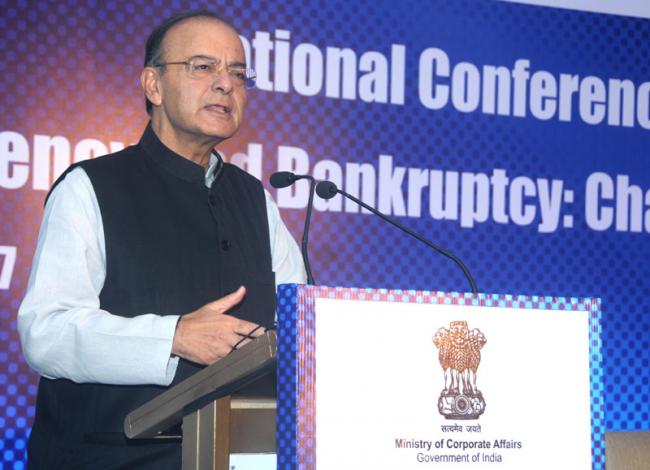 Jaitley informed in the Parliament that as per the latest estimates from Central Statistics Office, the growth rate of Gross Domestic Product (GDP) at constant prices was 7.5 per cent, 8.0 per cent and 7.1 per cent respectively in 2014-15, 2015-16 and 2016-17.

"Slower growth in 2016-17 reflects lower growth in industry and services sector. Economic growth of a country depends on a number of factors including structural, external, fiscal and monetary factors," Jaitley said in the Parliament.

Jaitley said the introduction of the Goods and Services Tax (GST) has provided a significant opportunity to improve growth momentum by reducing barriers to trade, business and related economic activities.