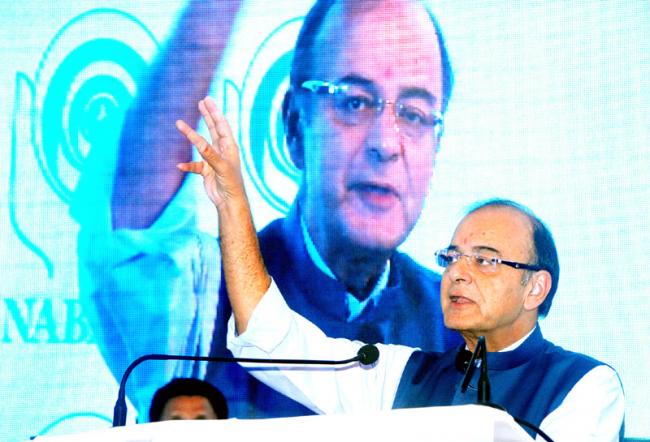 New Delhi, Dec 15 (IBNS): Union Minister of Finance and Corporate Affairs Arun Jaitley said that in order to strengthen the banks, which are the key pillars of the economy, the Central Government has decided to take a massive step to recapitalize the Public Sector Banks (PSBs) in a front-loaded manner.

He said that the government has decided to infuse capital worth Rs.2.11 lakh crore in PSBs in next two years through budgetary provisions of Rs.18,139 crore, and Rs. 1,35,000 crore through Re-capitalisation Bonds, and the balance through raising of capital by banks from the market.

Jaitley was making the opening remarks during his 7th Pre-Budget Consultation Meeting with the representatives of the Banks and the Financial Institutions (FIs) in the national capital here on Friday.

Jaitley said that capital adequacy of the banks will help in credit growth and job creation among others.

Various suggestions were given by the representatives of the banking and financial institutions.

It was suggested that TDS limit for Bank interest should be raised from the current Rs.10,000/- especially for senior citizens and pensioners given the current scenario.

The limit of Rs.10,000/- was last set in the year 1997. It was also suggested to have a Credit Guarantee Fund to encourage investment in agriculture sector.

It was suggested that premium up to Rs. 1 lakh on life Insurance policies be exempted from income tax.

Small and marginal farmers have come together to form FPOs rather than Cooperatives – should get the same benefits as those of companies; Incentives should be given for investments to promote agriculture and infrastructure; Crop Insurance benefits and interest subvention on agriculture credit be given through DBT to avoid misuse; Incentives for incremental jobs among others.

Among other suggestions include to encourage affordable housing, even rental properties need to be given tax benefits; Time limit of recognition of bad debts should be aligned – RBI gives 180days and IT Act 90 days; Monthly reporting by banks to Income Tax  Department should be waived – only annual reporting;