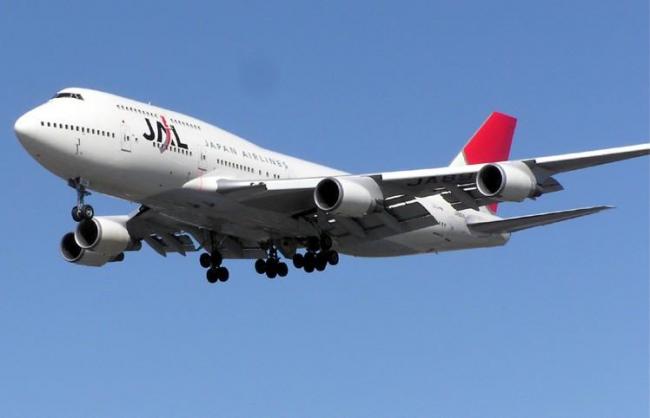 India Blooms News Service | @indiablooms | 07 Sep 2017, 03:08 pm
#JAL, #JapanAirlines, #Vistara
Bangalore, Sept 7 (IBNS): Japan Airlines (JAL) and Vistara on Thursday signed a Memorandum of Understanding (MoU) to pursue commercial opportunities that combine the synergies of both airlines with the aim of providing greater convenience to their joint customers travelling between India and Japan, and through Japan to points beyond.

This mutual understanding between Japan Airlines and Vistara will help the two airlines pursue significant cooperation in the near future, such as codeshare, frequent flyer partnership as well as other operational arrangements, allowing them to leverage each other’s network, expertise and assets, subject to necessary approvals from authorities.


Vistara and Japan Airlines entered an ‘Inter-Airline Through Check-In’ (IATCI) partnership earlier this year enabling customers to enjoy a seamless 'Through Check-in' facility, when connecting to or from a Vistara flight in India and more than 50 countries across the globe on Japan Airlines’ network, using a single ticket.

“The strengthened partnership with Vistara represents a significant milestone for the two airlines to provide customers better access to destinations between and in Japan and India, and we believe it will open up commercial opportunities on the two airlines’ networks,” said Tadashi Fujita, JAL Executive Vice President.

Commenting on the occasion, Phee Teik Yeoh, Chief Executive Officer, Vistara, said, “Vistara and Japan Airlines share a great deal in common, key among which are the focus on excellence in operations and delivery of exceptional service to customers. We’re delighted to enter the next phase of our association with Japan Airlines, and we believe that this is only the beginning of many other great offerings to come.”

In line with the rapid economic growth in India, demand for air travel between Japan and India has grown tremendously over the recent years. JAL operates a daily non-stop service between Tokyo (Narita) and Delhi, with plans of strengthening its presence in the country through a suitable partner to help boost connectivity between Japan and India, connecting through Delhi.

JAL and Vistara will be striving to deliver greater convenience and variety of choice to customers with a comprehensive network and cooperation.

In a short span of less than three years, Vistara has expanded its network to 21 destinations with over 660 weekly flights operated by a fleet of 16 Airbus A320 aircraft, having flown more than 6 million happy customers already. Vistara is the first and only airline in India to introduce Premium Economy class and value based frequent flyer program. The airline continues to grow and gain accolades as it redefines air travel in India.