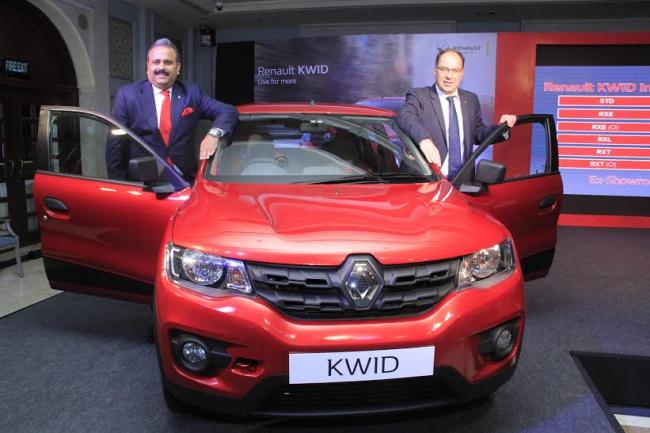 India Blooms News Service | | 08 Feb 2017, 08:42 pm
#Renault, #Nissan
Paris, Feb 8 (IBNS): The Renault-Nissan Alliance on Wednesday said it delivered significant growth in 2016, with global sales of 9.96 million vehicles. The car group also reinforced its leadership in zero-emission vehicles with cumulative sales of nearly 425,000 electric vehicles since the introduction of the Nissan LEAF in 2010, followed by the Renault ZOE.

“The combination of Groupe Renault, Nissan Motors and Mitsubishi Motors creates a new force in the global auto industry,” Chairman and CEO Carlos Ghosn said. “The strength of this innovative partnership that began 18 years ago has allowed us to improve our competitiveness, boost our growth and engage in the race for the vehicle of the future.”

The Alliance brands accounted for about one in nine cars sold worldwide last year.

Groupe Renault’s sales were up 13.3 percent to 3,182,625 vehicles in 2016 for the last year of the “Drive the Change” plan. This marked the fourth consecutive year of sales growth with a record year-on-year increase of 374,000 units.

Both Renault and Dacia brands had a record year in terms of sales volumes and Renault Samsung Motors volumes were up by 38.8 percent. Market share and sales volumes are up in all regions, with the Renault brand becoming No. 2 in Europe.

Nissan Motor Co. Ltd. sold a record 5,559,902 cars and trucks worldwide, up 2.5 percent. In the U.S.A. and China, the company achieved sales growth of 5.4 percent and 8.4 percent respectively, setting new records in both markets. Infiniti sold over 230,000 vehicles in 2016, a 7 percent increase from the previous year. In December alone, Infiniti sold 27,200 vehicles, an 18 percent increase versus the prior year.

Mitsubishi Motors sold 934,013 cars worldwide, down 13 percent. Sales grew in the United States and Australia, but were offset by lower sales in Brazil, Russia, and the Middle East. Japan sales were also affected by lower consumer confidence following the fuel consumption issue.

AVTOVAZ, which sells cars under the LADA brand, sold 284,807 vehicles. Together, the Renault-Nissan Alliance and AVTOVAZ sell about one in three cars in Russia.