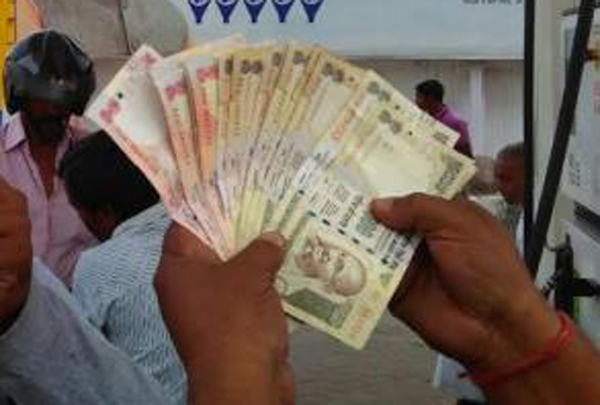 “A slew of incentives announced by Finance Minister Mr Arun Jaitley on digital payments at the essential services and public utilities, coupled with a simultaneous policy level push being devised by a high level committee of Chief Ministers and top policy makers and bankers would take India straight into the next level of digital economy," he said.

Such a leap-frogging would be unprecedented anywhere in the world and would place the Indian economy at par with some of the developed nations in terms of smooth commercial transactions,” the ASSOCHAM President said in a statement.

He said once a large part of the transactions are captured into the banking system and dependence on hard cash is reduced, the problem of black money and corruption would be tackled by the systemic changes. “The digital transactions through banking, para-banking and non-banking channels leave a trail that would be the biggest hurdle for those unscrupulous sections in public life and bureaucracy which resort to rent-seeking that ultimately falls on common citizens, particularly the poor,” Kanoria said.

He said the ASSOCHAM would work with the government, banks, RBI and the state governments in promoting the digital economy through a series of measures.

“We would reach out to our members, particularly in the MSME segments to shift towards digital formats of businesses,” Kanoria said.

"The ASSOCHAM President urged the public sector banks to upgrade and launch more and more user-friendly applications which can be cost effective. Besides, all the government payments to the private sector can be mandatorily done through digital channels. “This would itself clean up the system,” he said.

Kanoria said the short-term difficulties of cash disbursals would lead to long term gains which would be many times over. The sectors which may be feeling the impact would gain in the long run as they would shift to a transparent way of doing business.

“The sectors such as real estate would see a paradigm shift and a lot more transparency would be brought in. However, as urged by the ASSOCHAM earlier, there is a greater need for reducing the stamp duty on the property transactions; which would ultimately result in tax buoyancy”.

As for the impact on the GDP, the fiscal 2017-18 would witness the gains, aided by the implementation of the Goods and Services Tax. Mr Kanoria also urged the state governments and all political parties to come on board and help clear the last hurdle in the GST implementation.

To alleviate the short-term impact on the GDP from the demonetisation, the ASSOCHAM has impressed upon the government to bring in reforms in taxation and boost public spending on physical and social infrastructure so that consumption demand gets a leg-up. Corporate tax should be reduced to 25 per cent while the exemption for personal income tax should be raised to Rs five lakh. The coming Budget could be a catalyst in this regard, Kanoria said.