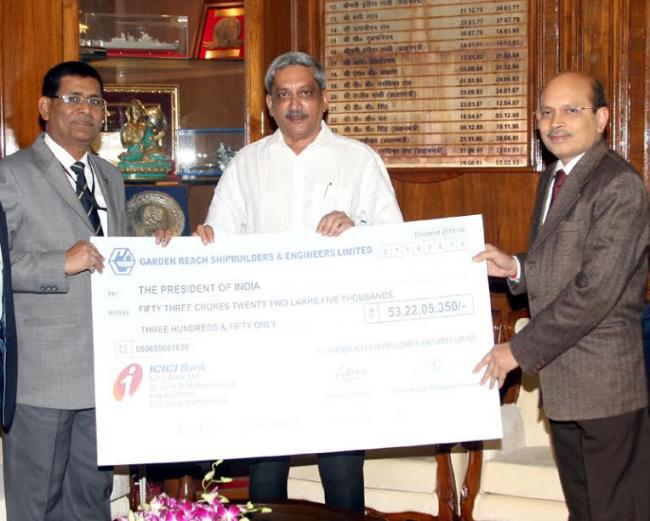 GRSE, Kolkata, a Mini Ratna Defence PSU has been a profit-making PSU and regularly paying dividend to the government exchequer continuously since 1993-94.

Net worth of GRSE has increased to Rs. 1064 crore from Rs. 968 crore in the previous year.

GRSE has delivered the first two anti-submarine warfare corvettes INS ‘Kamorta’ and INS ‘Kadmatt’ to the Indian Navy with 90 percent indigenous content and built the first ever export warship CGS ‘Barracuda’ for the Republic of Mauritius.

GRSE has so far delivered 98 warships to the Armed Forces and with two more ships almost ready for delivery, the Shipyard is poised to become the first shipyard in the country to build 100 warships, the release said.

Based on overall performance, GRSE has been adjudged as the ‘Best Performing Defence Shipyard’ four years in a row.

Secretary (Defence Production) Ashok Kumar Gupta and other senior GRSE officials were present on the occasion.