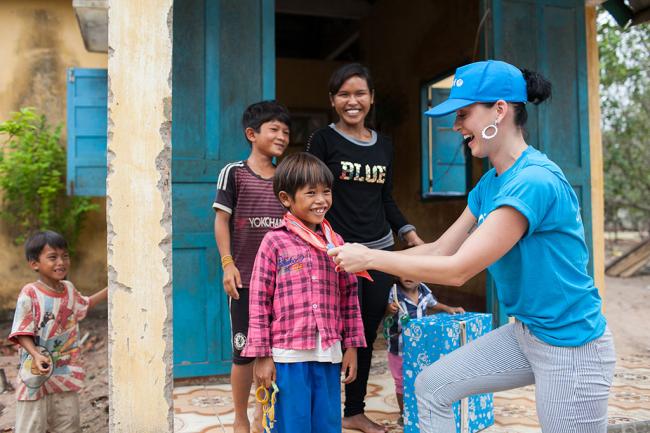 India Blooms News Service | | 08 Oct 2016, 12:00 am
#Nine countries, #children
Washington, Oct 7 (IBNS) At a groundbreaking summit at the World Bank Group-IMF Annual Meetings, nine countries today pledged to make a range of major investments designed to dramatically reduce childhood stunting and equip tens of millions of young children with the abilities they need to succeed in a fast changing world. Todayâ€™s commitments are expected to help create future economic growth by preparing people â€“ in the early years -- for the jobs of the future.

“Poor nutrition, few opportunities for early learning and stimulation, and toxic environments literally hardwire young children to miss out on opportunities to learn and later to earn good wages,” said Jim Yong Kim, President of the World Bank Group.“But when Heads of Government and Ministers of Finance commit to fight stunted development and nurture the power of children’s brains, we can avert future crises where people and economies will not reach their full potential.”

Speaking for a country where 47 percent of children under age five are stunted from chronic malnutrition, H.E. Jimmy Morales, President of Guatemala said: “If our children are not healthy and well nourished, they will not be able to go to school and they will not be able to learn well; as adults they will not be able to find good jobs with good earnings so we will not have a productive, safe and secure society. This is why for me, for my government and for my country, the reduction of stunting by 10 percent during my period is the most important priority.”

Côte d’Ivoire’s Prime Minister HE Daniel Kablan Duncan said: “Côte d’Ivoire hopes to achieve dynamic economic, social and cultural growth. This development cannot be achieved without the development of human capital, the first wealth of any nation. This national consciousness has revealed the need to make early childhood a priority in order to make growth more and more inclusive and achieve shared prosperity.”

Worldwide, 156 million children under age five suffer from chronic malnutrition, only half of all three- to six-year-olds have access to preschool, and children from the wealthiest families hear as many as 30 million more words by age three than those from the poorest families. Also, according to a recent report by UNICEF, the number of child refugees has risen 77 percent in 5 years. Further, a Lancet report released yesterday noted that in Sub-Saharan Africa, 66% of children are estimated to be at risk of poor development due to stunting and poverty, while the share is 65% in South Asia.

The situation grows critical as an increasingly digital global economy places a large premium on the ability to reason, learn, communicate and collaborate. However, new evidence shows that brain development during a brief window of opportunity in early life has a profound impact on these abilities both for people and economies. TheWorld Bank Group estimates that countries in Sub-Saharan Africa and South Asia would have 9 and 10 percent greater GDP per capita today had they eliminated stunting when today’s workers were children.

Recognizing that nutrition, stimulation, and safe environments for young children have a direct bearing on learning, health, behavior, incomes, and national economic development, the Prime Minister of Cote d’Ivoire, and Finance Ministers of Cameroon, Ethiopia, Indonesia, Madagascar, Pakistan, Senegal, and Tanzaniapledged strong action at home on a number of fronts to put tens of millions of children on the right track.