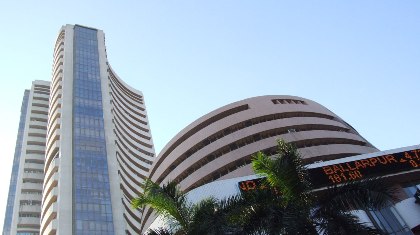 The performance of JLR from Tata Motors boosted investor confidence and the stock's share price shot up on Monday.

Other top gainers on Monday included Hero MotoCorp and L&T, while some of the key losers were Wipro, L&T, HDFC Bank, TCS and Asian Paints.

Globally, market sentiment turned negative following hawkish comments by the US Fed Reserve Chief Janet Yellen at Jackson Hole on Friday and the odds of a Fed rate hike have increased quite a bit, according to media reports.