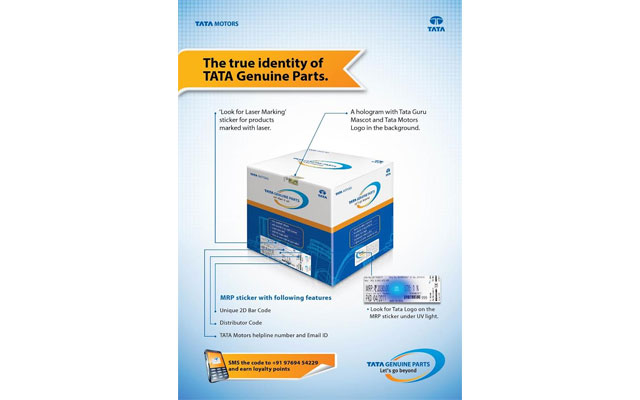 Tata Motors steps up its campaign against counterfeit spares

This is in continuation with its campaign against counterfeit initiated by Tata Motors in 2012-13.

FIR’s have been filed in all these cases.

These raids have been conducted across India including major cities like New Delhi, Mumbai, Jaipur, Vijayawada and in small towns too.

According to Sanjeev Garg, VP & Global Head of Customer Care, Commercial Vehicles, Tata Motors, said, “The use of spurious parts poses a safety risk to consumers and to all those around. Easily available spurious parts like clutch parts, filters, gear box parts not only affect the aggregate life but is also a major threat to everyone around and one of the biggest reasons for road accidents."

"We at Tata Motors strongly believe in educating the customers on how to identify spurious parts and the advantages of using original ones, to curb all sorts of hazards. At Tata Motors we conduct many awareness programs like mechanic meets, retailer meets and campaigns to identify Tata Genuine Parts. Over 300 programs and 7000 individuals have been covered so far,” Garg said.

The TGP team has launched a series of pilfer-proof plastic packaging for Gear and Differential Parts as well as laser marking with Tata Logo, a slew of security enriched packaging stickers and labels and the Tata Dhaal hologram on the packaging, as identification aids to provide customers with additional assurances when they buy Tata Motors spares.