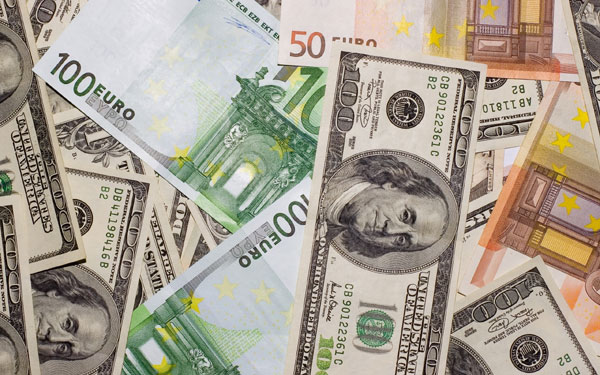 India Blooms News Service | | 25 Jun 2016, 11:58 am
#Havoc in world markets, #Two trillion dollars, #UK, #European Union
New Delhi, June 25 (IBNS) The UK's decision to break away from the European Union and Prime Minister David Cameron relinquishing his post has played havoc in world markets wiping out over two trillion dollars of value in one of the most scary trading sessions in the last decade, The Guardian reports.
The British pound has suffered its biggest one-day selloff in recent history, as the shock news the the UK is heading out of the European Union sparked panic in the markets.

Sterling suffered a jaw-dropping plunge in the early hours of Friday in London, from $1.50  against the US dollar to just $1.33. It closed at $1.368, after a day to forget for many FX traders.


The London stock market suffered steep losses at the open, but recovered to finish down 199 points or minus 3.1 per cent. Bank stocks suffered badly, while some housebuilders shed a quarter of their value amid forecasts of a UK recession.
To stem the rot, the Bank of England, the European Central Bank and the Federal Reserve have all promised to flood market with new liquidity, if needed.

But that couldn't  stop France’s CAC sliding by 8 per cent,  or Wall Street suffering its biggest one-day fall in 10 months.

Asia had already tumbled while results from across the UK had flooded in, with Japan’s Nikkei index experiencing its biggest fall since the Fukushima disaster of 2011.

The record slump in the pound by around eight per cent  on Friday has raised fears that UK inflation could spike (as imports will cost more).

The Guardian said stock markets across the Americas are also deep in the red, from New York to Sao Paulo.

The Dow Jones hasn’t managed to rally, and is down almost 600 points, or  per cent.

The tech-heavy Nasdaq is deeper, down four per cent, with only three stocks rising.