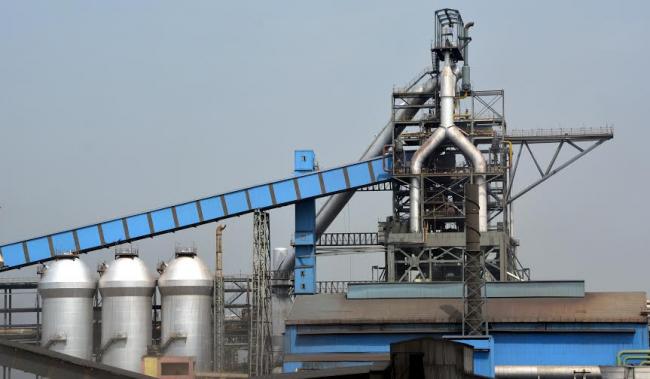 The company said it has  witnessed all round improvement in performance in Q4, FY16 clocking record sales of 3.79 Million Tonnes (MT), which is the highest ever in a quarter by the Company and higher by 30% over Q3, FY16 and 20% higher over corresponding period of last year (CPLY).

The loss after tax for Q4 FY16 was Rs 1,230 crores against Profit After Tax of Rs 334 crores over CPLY due to reduction in net sales realization to the extent of 19%. The net loss for FY16 stood at Rs 4,137 crores as against net profit of Rs 2,093 crores in FY 15 on account of reduction in NSR, higher interest and depreciation charges.

The improved techno-economic performance also contributed to the overall performance. SAIL achieved best quarterly Coke Rate at 476kg/thm as against previous best of 489Kg/thm. Company also registered an increase of 4% in BF Productivity and 10% in CDI during Q4, FY16 over Q3, FY16.

In Q4, FY16, the Company’s Value Added Steel registered an increase of 7% over Q3. Company developed newer grade of plates and structural (including universal sections) besides developing a variety of passenger coach wheels hitherto being imported.

Speaking on the occasion, Chairman, SAIL, P.K. Singh said, “The challenging conditions faced by domestic industry received some respite after introduction of the conducive policy measures by Government in the form of Safeguard duty and MIP. We have witnessed better figures in the last quarter of FY16. We are targeting to complete the balance modernization and expansion with a focus on energy saving methods, enriching our product mix and introducing customer centric processes to meet the expected surge in demand of steel on account of government’s emphasis on infrastructure development.”