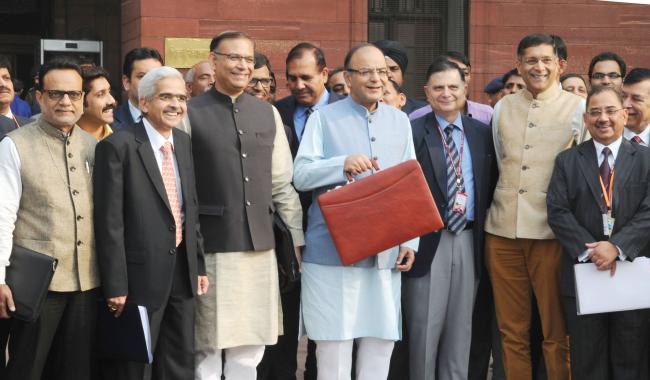 "The budget is modestly credit positive for the sovereign, since it indicates a continued commitment to gradual fiscal consolidation by bringing down fiscal deficits to 3% over the next two years," Atsi Sheth, a Moody's Associate Managing Director for the Sovereign Risk Group, was quoted as saying by the credit rating agency's website . "However, the proposals did not contain significant measures to address structural fiscal challenges, such as the government's low tax revenue base and the vulnerability of government finances to economic shocks," adds Sheth. "This situation suggests that any deficit reduction will come from either cyclical upswings or tactical fiscal management, rather than a broad-based fiscal consolidation strategy." Moody's conclusions were contained in its just-released report titled, "India Budget -- Moderately Positive for Most Sectors, But Negative for Public-Sector Banks". The report says that the budget is credit negative for public-sector banks due to its insufficient allocation of capital for the sector, as the government has stuck to the capital infusion road map announced last year, budgeting INR250 billion in capital injections. However, increased recognition and provisioning for NPLs will require a corresponding front-ending of capital requirements, which suggests that capital constraints will remain a key credit weakness for public-sector banks. The budget's changes on tax and duties changes are credit positive for energy and commodity producers, but negative for automakers. Changes to levies on crude oil will lower cash production costs for national oil companies, but will not compensate for the impact of lower oil prices. Increased duties on primary aluminum, aluminum products and zinc alloy should provide a marginal benefit to Indian miners, as will the abolished duties on the export of iron ore fines. However, the introduction of a levy on passenger cars will raise prices across the automobile sector and potentially weigh on sales volumes for local manufacturers. Moody's further says that infrastructure will benefit from a boost in spending, but not all are winners; for example, a rise in public infrastructure spending that is partly financed through the introduction of a levy on motor vehicles is credit positive.

On the other hand, infrastructure projects commissioned from April 2017 onwards will no longer benefit from a tax holiday, which will be negative for the sector.

Finally, the budget is positive overall for India's securitisation markets as changes in the distribution tax norms for securitisation trusts will improve investors' post-tax returns and make investments in securitisation products more appealing, which could attract a new class of investors to the asset class, the agency said.
Related Images