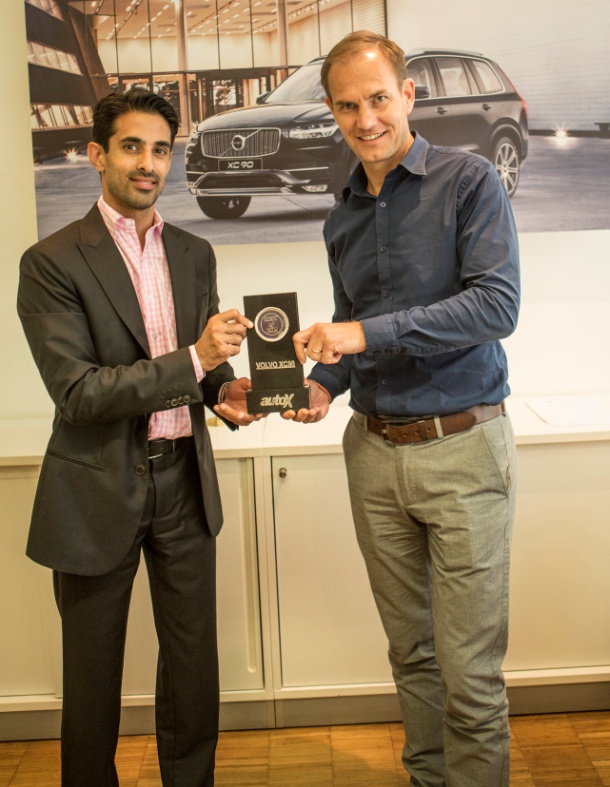 Volvo XC90 drives away with the top honour at AutoX Awards

This is the top honor from AutoX and is the second award for this vehicle in India. The all-new Volvo XC90 is delivering on its promise to introduce a visually striking, premium quality seven-seat SUV with world leading safety features, new powertrain technologies, an unrivaled combination of power and fuel efficiency and a superlative interior finish.

Tom von Bonsdorff, Managing Director, Volvo Auto India, said, “We are extremely delighted to bag the ‘Best of 2015’ award from AutoX. We continuously aim at delivering solutions that make people’s lives easier and safer. Delivering on Volvo’s promise of safe, superior cars, XC90 is a testimony to our unrivalled expertise. The car gets world class superior safety features along with new powertrain technologies as well as a luxurious interior and power output along with fuel efficiency.”

The XC90’s interior is the most luxurious to have been designed for a Volvo. One of the most striking feature is a tablet-like touch screen control console, which forms the heart of an all-new in-car ‘Sensus’ This system is virtually button free and represents an entirely new way for drivers to control their car.

The Off-Road modes not only raise the vehicle height but also automatically engage the Hill Descent Control to negotiate steep gradients. The flexibility of these modes is aided by the air suspension with an electronically-controlled damper system.