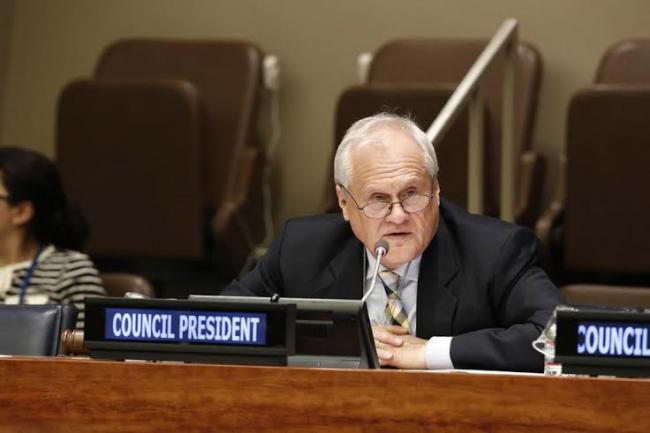 In 2015, world must 'realize great dream' of sustainable development for all - UN Economic and Social Council chief

“We have already reached agreement on 17 proposed sustainable development gaols,” said ECOSOC President Martin Sajdik, explain that the targets have poverty eradication and the protection of the planet as their overarching objectives and build on the Millennium Development Goals (MDG). “They also address the structural causes of poverty and inequality and speak to economic and environmental dimensions. They embrace the pursuit of peaceful, inclusive and well governed societies, building on the rule of law, as integral to the development agenda,” hesaid, adding that 2015 must not be only a year when people and leaders shared a great dream. “It must be the year when the world mobilized to realize that dream. It must also be the year when we launched an all-out effort to implement our new sustainable development agenda,” declared Sajdik. The 2015 High-Level Political Forum on Sustainable Development under the auspices of ECOSOC is meeting from on Friday through Wednesday, 8 July 2015, and will allow debate between Governments, the UN system and other organizations, scientists, major groups and other stakeholders of civil society. The ECOSOC President said the session can realize three objectives. “First, it is a moment to stand back and deepen our reflection on some of the aspects of the post 2015 development agenda we have been negotiating,” he said, and take stock of where we stand in the preparations for the Third International Conference on Financing for Development in Addis Ababa, Ethiopia, next month. Second, he said, the Forum is the opportunity to prepare for implementing the post 2015 development agenda, “so that we can “hit the ground running” the moment world leaders gavel its adoption.” And third, “we must use the coming two weeks to ponder how we will keep progress and implementation under review in each country and region and – here on the East River – in the United Nations,” Sajdik said. “Our session can help negotiators give shape to the review architecture,” he said. UN Photo/Evan Schneider