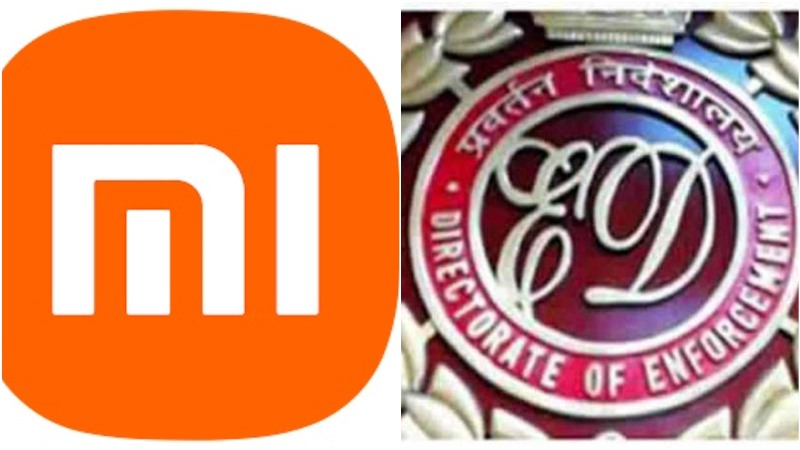 New Delhi: The seizure of Chinese phone maker Xiaomi's Rs 5,551 crore by the Enforcement Directorate (ED) for remitting money overseas as royalty has been confirmed by India's foreign exchange authority.

In April 2022, the Enforcement Directorate (ED) had seized Rs 5,551.27 crore of  Xiaomi Technology India Pvt Ltd - a 'wholly-owned subsidiary of China-based Xiaomi group' under the provisions of the Foreign Exchange  Management Act (FEMA), 1999.

The seizure has been upheld by the authority under the Foreign Exchange Management Act, or FEMA, which has confirmed that ED was correct in seizing Xiaomi's funds, ED said on Friday.

The country's top anti-money laundering authority said that the manner in which Xiaomi India held funds outside the country on behalf of the group entity violated the FEMA.

"The competent authority also observed that payment of royalty is nothing but a tool to transferring the foreign exchange out of India and the same is in blatant violation of provisions of FEMA," the ED said in the statement today.

"The company has remitted foreign currency equivalent to Rs 5,551.27 crore to three foreign-based entities, which include one Xiaomi group entity, in the guise of royalty," it added.

Such huge amounts in the name of royalties were remitted on instructions of Chinese "parent group" entities, the ED had alleged.

It started operations in India in 2014 and began sending money abroad a year later.

"Such huge amounts in the name of royalties were remitted on the instructions of their Chinese parent group entities. The amount remitted to two other US-based unrelated entities were also for the ultimate benefit of Xiaomi group entities," the ED said in the statement.

According to ED, the amount remitted to the other two US-based unrelated entities was also for the ultimate benefit of the Xiaomi group entities.

Xiaomi India had filed a petition before the Karnataka High Court over the fund's seizure.

The court dismissed the petition in July.

Chinese state media had reported that Indis should stop "regulatory assault" on Chinese companies after Xiaomi alleged "physical violence" against its top executives.

The company told the Karnata High Court that its top executives faced threats and coercion during interrogation by ED in the case of illegal remittances.

ED had called the allegations "baseless and untrue".