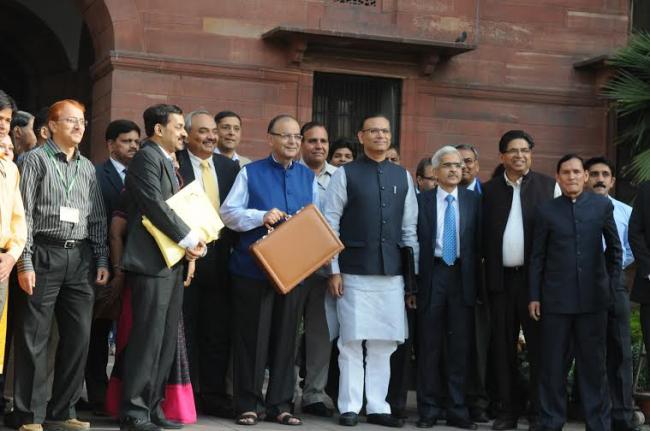 In his Budget Speech in the Lok Sabha here, giving details of proposed key features of the law, the Finance Minister said this is the first and foremost pillar of his tax proposals.

Jaitley said there will be a provision for rigorous imprisonment upto 10 years for concealment of income and assets and evasion of tax in relation to foreign assets.

Such offence will be made non-compoundable. A penalty for such concealment of income and assets at a rate of 300% of tax is also proposed. Non-filing of return/filing of return with inadequate disclosures is to attract a punishment of rigorous imprisonment upto 7 years.

Entities, banks, financial institutions including individuals are liable for prosecution and penalty. Any date of opening of foreign account would be mandatorily required to be specified by the assessee in the return of income. The Foreign Exchange Management Act, 1999 (FEMA) and prevention of Money-laundering Act, 2002 (PMLA) are also to be amended.

The Minister asserted that tracking down and bringing back the wealth which legitimately belongs to the country is his government’s abiding commitment to the country. He said several measures have been initiated in the last 9 month to effectively deal with the problem of black money.

Jaitley said all this is aimed at job creation through revival of growth and investment in domestic manufacturing and ‘Make in India’, to benefit the middle class taxpayers and to improve the ease of doing business in a climate of minimum government and maximum governance.

The Finance Minister also said that a more comprehensive Benami Transactions (Prohibition) Bill will also be introduced in the current session of the parliament to achieve the objective of curbing black money. Elucidating details he said quoting of PAN is being made mandatory for any purchase or sale exceeding the value of Rs 1 lakh. There will be prohibition on acceptance or payment of an advance of Rs 20,000 or more in cash for purchase of any immovable property.