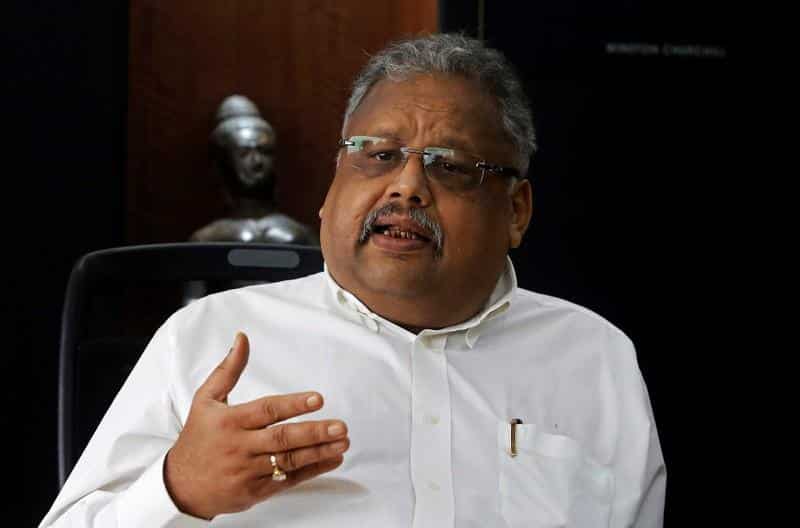 Mumbai: Veteran stock investor Rakesh Jhunjhunwala passed away on Sunday at the age of 62. The Dalal Street legend, who entered the stock market with just Rs 5,000 in 1985, had an estimated net worth of $5.5 billion, roughly Rs 43,800 crore, according to Forbes data, when he breathed his last in Breach Candy Hospital.

He was fondly called the Big Bull or the Warren Buffett of India and widely followed for his opinions and insights on the stock market.

According to Forbes, Jhunjhunwala was the 36 th richest Indian. Jhunjhunwala and associates publicly held 32 stocks with a net worth of Rs 31,948 crore.

Born into a middle-class family on July 5, 1960, Jhunjhunwala's belief in risk-taking propelled him to the top position as an investor.

He grew up in Mumbai where his father worked as an income tax commissioner. He graduated from Sydenham College and went on to become a chartered accountant.

The trader managed his own portfolio as a partner in his asset management firm, Rare Enterprises.

Jhunjhunwala was drawn to the stock market observing his father and his friends.

Though his father guided him but did not give him money to invest. He used his own savings to start his own investments and started taking risks and maintained this throughout his career.

Jhunjhunwala recently ventured into the aviation industry with Akasa Air, which launched its first flight on August 7.

He was also the chairman of Aptech Limited and Hungama Digital Media Entertainment Pvt Ltd and was also among the directors of several Indian companies.

He was also an advisor to India's International Movement to Unite Nations.

The self-made business magnate continued to remain bullish on the Indian stock market even as the domestic bourses along with their global peers were going through turbulence.

Titan Company accounts for more than one-third of his listed equity investments,  according to an ET report.

Jhunjhunwala's first success came in 1986 when he bought 5,000 Tata Tea shares at just Rs 43 per share which jumped to Rs 143 in three months. As a result, he earned nearly 20-25 lakh rupees in the next three years.

In Star Health and Allied Insurance Company, Jhunjhunwala and his wife are named as promoters, where the holdings are worth Rs 7,017.5 crore.

He held 1.1 percent worth Rs 336.6 crore in Tata Communications.