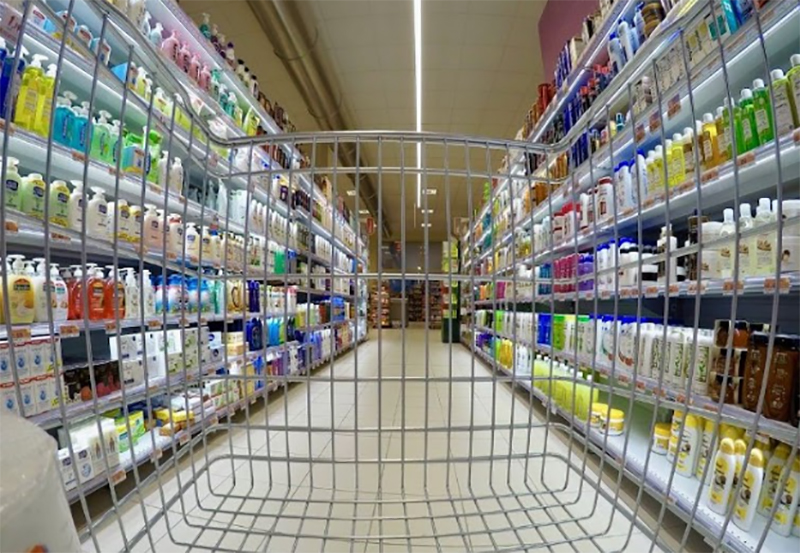 The sale of electronics such as air-conditioners and refrigerators did not show a further decline in July compared to June.

However, on a year-on-year basis, there was a growth of 5 percent on account of subdued buying consumers during a more severe Covid-19 pandemic last year.

There was an increase in the sale of groceries by 5 percent compared to the same period last year.

The electronics market expanded by 25 percent compared to pre-pandemic levels, but this gain was price-led after companies raised prices by 20 percent on average. Apart from this, demand for entry-level products is yet to strengthen.

The sale of beverages dropped drastically by 42.2 percent in July, which affected the overall FMCG July sales in the biggest way. The movement of beverages off the shelves slowed as their demand fell after the monsoon set in.

Bizom noted that beverages as a category were the main driver of FMCG sales on the back of a hot summer even amid strong inflationary headwinds.

As global crude oil prices declined, cooking oil producers cut down MRPs across brands and variants in June by up to Rs 20 per litre.

Companies that slashed prices in June include Adani Wilmar, Ruchi Soya, Gemini Edibles & Fats, among others.

While sales grew 4.7 percent quarter-on-quarter (q-o-q), they grew 28.4 percent on a YoY basis on a low base, as the economy was yet to gain momentum from the second wave last year.

Personal care and home care, however, continued to fall owing to the inflationary scenario, which is forcing consumers to focus on basic needs, rather than dispensable purchases.
Consequently, personal care saw a decline of 13.3 percent sequentially, while homecare dropped 3.7 percent.